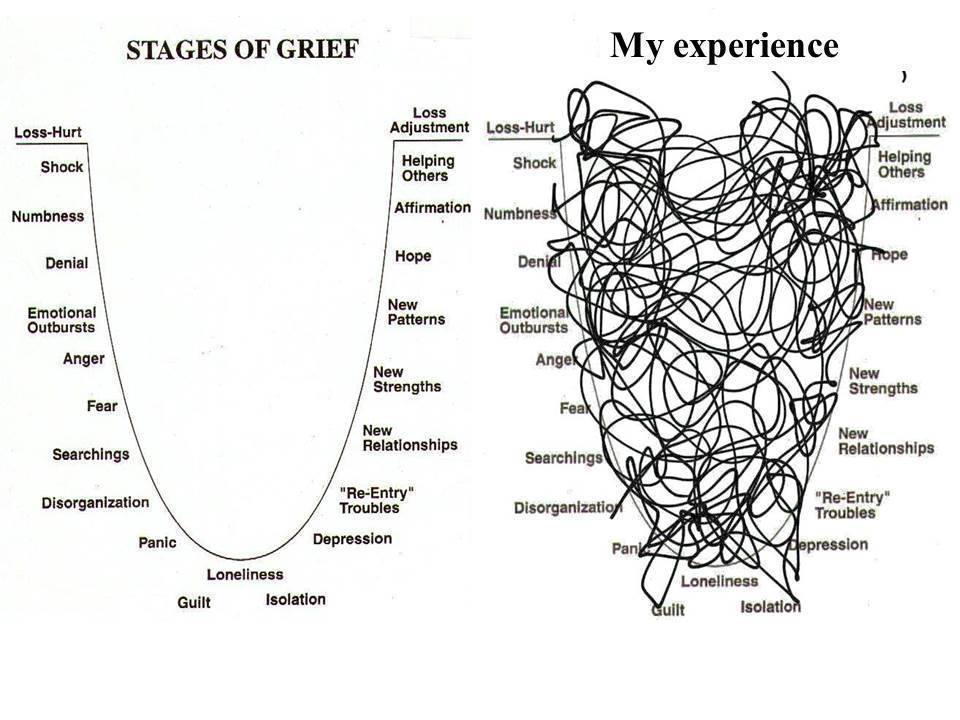 Hormones again! But my God how much better am I than the ramblings of the mad woman back in July?

But although I am sad the only difference now is that I understand that it is normal for me to feel sad. I am grieving for a life I had lost- even though I would not want that actual life back now. But what I would take from that life is the total trust that I had in Danny : that feeling that he loved me so totally; in a way that no-one else would. I am sad because I now know that is not/was not true. In fact he probably loves me in that way more now than ever before……

I had to stop writing this yesterday because Danny came in and have to write this alone; I also know that it freaks Danny out when I write in my journal.

Since then we had a massive row, a combination of drink and hormones, but something that makes the truth come out sometimes. It was so stupid: I said to Danny to understand that I know he gets upset every day and he said he didn’t, and I got angry about that.

Why would I want Danny to get upset very day?

I think that it was because the implication from Danny is that he doesn’t get upset when I know that he is upset, and it is as if he is being arrogant again.

But now I look at it it’s not that; it’s that he is still so afraid .I am smiling now because I didn’t know I was going to write that word! But it is the word that Danny continuously used at the beginning of this awful journey – that he is so ‘afraid’. And now I have made it clear to me that is why he appears as if he is upset all the time.

I went to London last week to the ‘Cruse’ bereavement training. I learnt so much:that batting between feelings is the normal thing to do when you are grieving; and I know how much better I am now and understand that if you try to move on and change things, and make a new life, time can ease the pain.

After the row last night I still wonder if we would be better calling it a day to enable us to move on completely. I don’t know if being together is like picking at the scabs and never allowing them to heal; but then I think of Danny: of never coming home to him again, or never going shopping with him again, never holding his hand as we walk along the road; and I would miss it all too much. I also know it would destroy him, and I would get no satisfaction from that.

When I went on the course I realised how much further down the road I am that Danny. That I need to help him!!

I forgive Danny for what he has done; I truly do; because I know he is so sorry, that it is time to forgive. I want to move on with my life and I cannot if I am consumed by bitterness. I told Danny and he thought it was because I had been drinking that I was saying this, but it wasn’t.

The next day, when I hadn’t had a drink he said that I didn’t mean it because this week I have been distant. I haven’t been as distant as before and I really have tried to help Danny, with all the problems at work and Don getting the sack.

I am going to try to help Danny understand for me and for him.

Got Rosie back, France, more money, no overtime, spends more time at home, cooking, having the courage of his convictions, supportive in-laws, more understanding.

Note: Danny didn’t say happiness or contentment because he felt as if he was on borrowed time.

I remember that training so well. It was when I finally came to realise exactly what the grieving process entailed: going backwards and forwards between your emotions: feeling as if you are moving forward one day and then back to square one the next. What I learned at this course was that we grieve for what we have lost: death, love, our career, children growing up and moving on, a life we once had.

But I also realised that whilst I was grieving Danny was grieving also for what he had lost. I struggled at times to allow Danny to grieve, or to show him empathy for his feelings: after all hadn’t he brought them all on himself?

Where this type of loss is concerned I do think that it is similar to death: you have lost the life you had and the person you loved; you feel immeasurable pain and it drives you insane with grief but the addition to this type of grief is also having to deal with the deception: the lies they told you, the trust you have lost and the lies that you told yourself. Yes you do have the chance to rebuild where when a person has died you do not. Perhaps we would all do well to remember that when we make our choices.

I believe that forgiveness is not the same for everyone because it is tied in with so many emotions, and depends on the level of the deed that needs to be forgiven. I truly believe that it also depends on the behaviour of the person that wants forgiveness, or to whome you offer forgiveness. If Danny had carried on being that arsehole that was in the pub when we first got back together read here   then I can assure you that I would not be sitting here now typing this blog.

Having researched the various definitions of forgiveness which tend to quote other many other synonyms but seem to struggle to actually define it:  it is ‘pardoning someone, granting absolution, exonerating them; perhaps the words for me that defined it was understanding.

To those who have betrayed and want to try and rebuild then do not bury your head in the sand and pretend it never happened: answer those questions. If they keep being asked then the person needs to know the answer, no matter how painful. Talk about what happened, give some understanding, show your weakness if you can. Because I believe you will never get forgiveness if you don’t help the person whose heart you have broken to understand.

For those who have been betrayed the other definitions are mercy, and clemency, because they both mean to show compassion: and if you don’t want to lose your soul then I believe that this is something that you need to do for yourself as well as any other, as time goes on.

So as the years went on I came to realise, more and more, that for me forgiveness was acceptance: to stop feeling anger and to stop blaming Danny for everything and especially for what had happened. This then enabled me to allow Danny to build something new for me. As I write this now I can see that I often had compassion for Danny: I began to be sympathetic to his suffering; and I didn’t want him to suffer because I loved him.

But this entry does show one thing that helped me get to that point: that I didn’t want to be destroyed by bitterness, because it meant that ‘she’ would have won; and at that time I was not prepared to let ‘her’ beat me in any way: in fact I’m still not! Bitterness – your enemy

So to help Danny I drew him the table that showed all the things he had in his old life: like fear that I would leave, feeling depressed, didn’t believe that he could keep me; to the things he had in his new life including: how he had won me back, how we visited France so often and had fallen in love with it, how he now had the courage of his convictions; and, bless him, he read it and took it on board.

There were arrows on the diagram as an explanation of how people can still flit between your old life and your new: that grief does not go in stages as used to be thought. It has now been recognised that when you are grieving you bounce around all over the place, and sometimes even back to the beginning.

So if this happens to you don’t beat yourself up about it, because tomorrow you will bounce somewhere else.

Here is something I used to say to myself when it happened:  ‘Do you know what? You may feel like this now, but if you don’t dwell on it, then it will pass and you will feel completely different by tomorrow. I always did!

So when you feel despair again and you think (as I did) ‘Oh for fuck’s sake when will this end!’ Don’t beat yourself up about it: because tomorrow you will bounce somewhere else and you will probably feel better than you did the day before, or the week before, or the month before.  Just tell yourself this: ‘Do you know what I feel now today is pain, (acceptance)  but if I don’t dwell on it, if I make myself think of something else, make myself do something to occupy my mind to stop me dwelling on it then it will pass, (belief, strength, taking control) and I will feel different. ‘ That is what I used to do and guess what?  I always did! 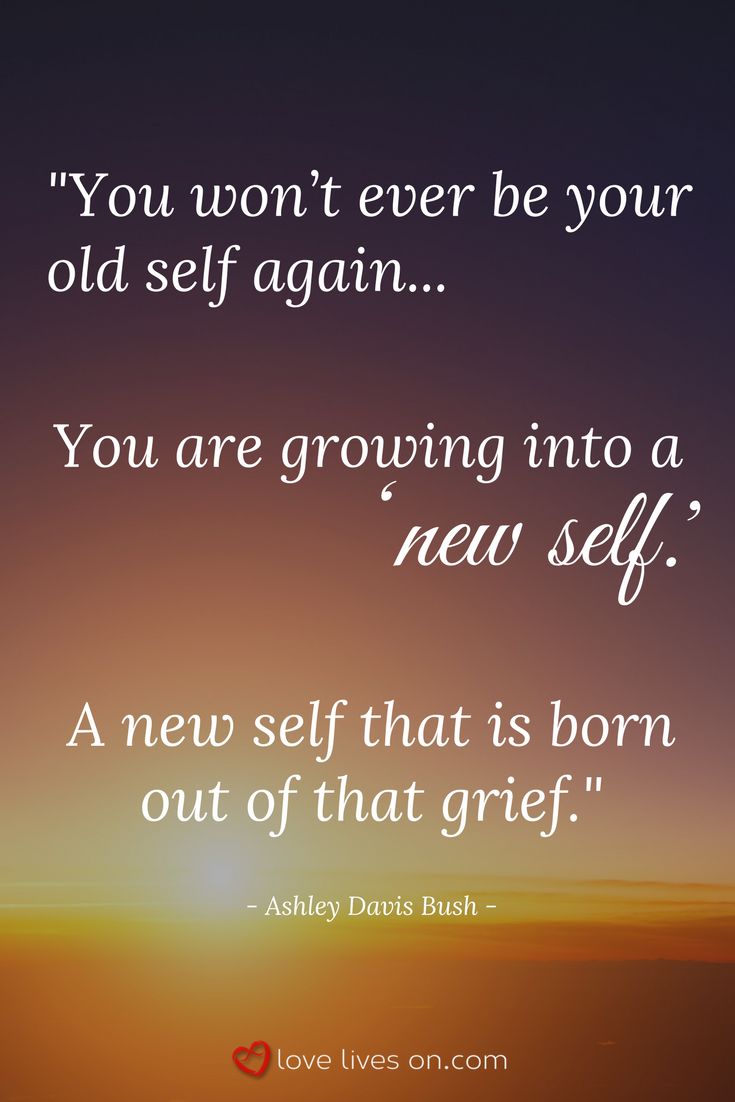