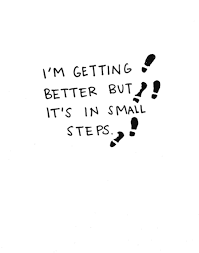 I am editing my book today, motivated by the people who have said that they want to read it. As I am doing so I have shared some things from it on some Facebook sites, and the response has been immense and has brought tears to my eyes: although that happens often from the comments people send me.

So here is an impromptu blog going back to the August of 2007. Danny and I had just come back from ten days touring around Northern France – all of the journal entries from then are in my book.

I am sharing this because I constantly say to people that everything is in small steps: we got to where we are today by grabbing every small thing that life showed us and holding on tight. Here is a list I wrote in my journal about Danny after we returned:

Friday 10th August – Became so emotional when I read him my journal entry.

Saturday 10th August – Back to normal, really brilliant; Danny got a bit tearful about what he had nearly lost.

Sunday 12th August – Slight blip, but Danny really sobbed with me. Went to the pub and Danny was looking adoringly across at me when at the bar, and I knew his eyes were full of tears!

Thursday 16th August – Attentive all day, confronted his fears, helped to take the pain away, made love.

Friday 17th August – Cried together to Diana and Marvin.

Just goes on and on now.

We still had a mountain to climb but even then I started to see all the small things.