Thinking well is essential in life. 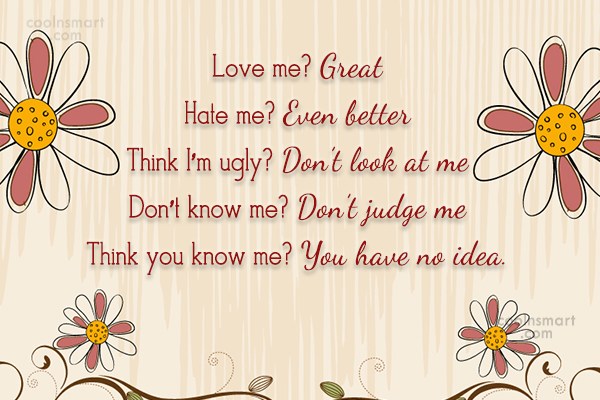 It’s interesting that I was spurred to write this post due to a recent discussion on social media. As part of my research I looked up PTSD, and I looked up being judgemental, I also looked at articles about being balanced, and finally I looked at ‘thinking well’.

I came to this title because M. Scott Peck, whose book ‘The Road Less Travelled’ changed my life after ‘The War’, goes on to describe ‘thinking well in his book’ ‘The Road Less Travelled and Beyond’, and I thought that actually in the complexity of infidelity and it’s aftermath, and in the complexity of everyone’s high emotions and different experiences (and yet all the same!), thinking well is actually pretty crucial. If people are looking to support and get support in this minefield of emotions then perhaps we all need to start to ‘think well’.

The discussion was about violence after infidelity. Someone had posted how they had hit their spouse when they had called out the AP’s name in their sleep. They were talking of a time way back when this happened, and they were simply sharing the emotions that they had felt at the time. I laughed when I read it, not for the violence but because I could relate to their reaction; God knows over the initial period of ‘The War’ I gave Danny black eyes  on two occasions; and I laughed because I understood, I laughed because it was not just me, I was not the only person who had been driven insane once.

I did not laugh because I was pleased she hit him, or that violence had taken place, because I know that when I look back I am so sorry that I had allowed something to turn me into the banshee that I became. I am sad that I had been placed in a situation where, through what is now recognised as PTSD, I had been so consumed with  rage that I had no control over what I was doing. It is not something I am proud of but I share it because it is part of our story and the people who act out of the norm and lash out are not alone. The key here is ‘act out of the norm’ meaning doing something that they would normally be so averse to doing. However…

A few people reacted to her post commenting how people should not be writing about ‘domestic violence’ or condoning it; and the person in question ended up apologising for any offence she may have caused. Now ‘thinking well’ I understand that some people may well have been on the receiving end of domestic violence in what was an abusive relationship, and I understand why this may have caused a trigger for them. But…

One of the symptoms of PTSD is the person’s inability to process their emotions or deal with them in any way; and because of this they can lash out and act irractionally, and violently. That is a fact, it is not condoning violence it is just a fact: people who cut up their partners clothes, smash up their car, throw their pants out onto the road (as I did), and so much more. Should this part of infidelity not be spoken about? Should people not share their madness with others to help them understand that they are not alone, to ‘think well’ and allow them to know that this is all part of infidelity and recovery? Should we immediately jump on the ‘domestic violence’ band wagon and immediately react, and judge? Should we make people feel embarrassed for something that they thought they could share safely?

I understand that others may not have resorted to violence, and good for them; but some people do; some people, especially those with strong personalities, struggle to keep that strength under control. I have written before how M Scott Peck compares them to Clydesdale horses in which they have to keep their strong personality disciplined because if not it can ‘knock your house down.’ So when someone with a personality like this is then faced with infidelity, and suffering from PTSD it must be, or should I say it is because I have a strong personality, so difficult to keep that under control. It does not mean those people should immediatly be lumped in with people who do abuse (there is an arguement there due to menatl health issues) it means that this can be part of indidelity. That is why it is so shitty, that is is why one of the ten commandments is ‘Thou shalt not commit adultery’ because whoever wrote them knew the devastation it can cause.

But there is another issue here. The social media site where this happened is an incredibly supportive site. It’s sole aim is to help people rebuild their relationship after recovery; and to provide support and solidarity with a positive attitude. It is a site for people to feel safe, and I do recommend it to many of my readers. But for people to feel safe then they should be able to write of their experience with about being judged. The people who wrote the comments were not vindictive in what they wrote, but the comments were written in an opionated and judgemental way. Perhaps they should have read her story first before they commented; the site has a page where people can share their stories, and perhaps knowing the story may have enabled them to ‘think well.’

I do not condone ‘domestic violence’. but there was a point in my life when I was mentally unstable due to the infidelity that had taken place, and I am not apologising for my actions at that time;  I am writing about them to help people understand they it happens. The key is to getting it back under control; and perhaps by getting it out there and talking about it then it may prevent it from happening as much in the future.

Interestingly and pleasingly a lot of people came to her defence, pointing out that this was a safe site, and that people should be able to post without feeling that they would be criticised.

In all aspects of life I believe we should ‘think well’. It is an ongoing thing that we have to remind ourselves of every day. Where infidelity is concerned I don’t think that shaming people, any of the people involved, achieves anything. But sharing our stories honestly, and yes sometimes with a little gallows humour, can actually start the conversation that helps people move forward.

For all those strong people out there, keep going, you can do it and always remember this quote. I do. I believe the last part to be especially pertinent for those battling to recover from infidelity.

‘….it is strong-willed people – those with the mysterious will to grow-who do well in psychotherapy no matter what their childhood or background was like …. Having a strong will, on the other hand, is like having a dozen Clydesdales in your backyard. Those horses are massive and extremely strong, and if  they are not properly trained, disciplined, and harnessed, they will knock your house down. On the other hand, if they are properly trained, disciplined, and harnessed, then with them you can literally move mountains.’