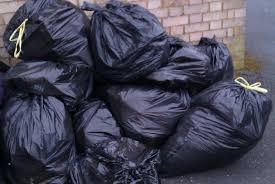 After the missed call I had lain awake the rest of the night; I couldn’t sleep, every time I closed my eyes I could see Danny and ‘Her’ kissing, caressing each other, having sex; and it jolted me awake as if someone had slapped me. So at seven in the morning I decided to go home. I woke my sister, who immediately got up to make me tea. My poor sister she was so tired after listening to me the night before, ranting like a mad woman; and here I was early hours of the morning ranting again.  I had no concept of time or consideration for others, I was heartbroken and that was consuming me by the minute.

I had to go home, had to face it: the garden, the house all left exactly as it had been from two nights ago; with the blackened food on the BBQ, the serviettes and paper plates fluttering away in the spring breeze, scattered all over the garden. But worse than that I was going back to an empty house, a house that Danny was never going to be in with me again, and I was terrified of facing that reality. But face it I must. I left my sister with tears in her eyes, because she did not know what she could do for me to make it better; because there was nothing she could do. As I left she told me I was worth more than Danny, and I knew at that time that I had to believe that to survive.

As I drove home I started to get angry, really angry: at how they had made such a  fool of me for so long, at how I had fucking let them; so by the time I arrived at the house I knew that I had to remove all remnants of Danny from it; I couldn’t bear to look at the photos and the memories, everywhere I turned there was something to remind me of him.

As I pulled into the kerb outside the house I just sat in the car with that awful feeling of dread about going into the house, our beautiful, loved house that was now so sad and empty.

I called Danny’s sister to see if she had been able to talk any sense into him, in the hope that she would be able to tell me that she had, and that Danny was coming home. But when his sister answered the phone she was very cool, in fact quite off; saying that she didn’t want to talk to me, because, after all, Danny was her brother, and her loyalties should be with him, and she put the phone down. And that’s it! just like that she doesn’t want to know me anymore!

I just didn’t understand any of it, how it could all change so quickly, or why his sister seemed to think Danny was doing the right thing. I could not understand why none of Danny’s family had tried to make contact with me to see if I , or more importantly Ethan, was alright. I had been with Danny for nine years and now none of them seemed to give a shit that he had left or about what he had done. It was at that point I started to wonder if I had been living a lie for the last nine years. None of it made any sense and I just didn’t understand what was going on.

My lovely neighbours Jess and Matt come out to me because they can see me crying in the car and they know that I am being watched. Jess put her arms around me and hugged me and I started to cry, saying that I am terrified of going into the house, the empty house that only days before had been full of laughter and happiness. Jess tells me she will come with me and as we go in I explain that I have to get every single item that reminds me of Danny out of our house. I had been living a lie, it had all been crap: that I cannot bear to look at the memories, cannot bear to look at what were obviously lies.

There is one particular photo of Danny and Ethan: Ethan has his arms around Danny  looking over his shoulders. We were so happy then, on holiday in Menorca, having a wonderful time.  I just cannot understand where that loving, kind, gentle man has gone. I cannot bear to look at that photo ever again.

I never did it got lost in aftermath of War.

So everything went; photos, jewellery, a tiny small silver heart Danny  had bought me to hang from my silver bangle. The glass heart that he had bought me,  he had told me when he gave it to me to take care of it because it was fragile because it held his love for me, he asked me not to break it, and as I dropped into the black bin liner I really hoped that it smashed to fucking smithereens! I did not care  because it was all crap; it had to be, because otherwise he would not have done this to me.

Everything went into black bin liners Danny’s pants, all his clothes, in fact every single thing that reminded me of our life together went into the bags and over to our neighbour Della’s house across the road:  just thrown onto her driveway. She had agreed to have it in her garden because she could see how distessed I was. I even took Danny’s bike over and dumped it on the drive unceremoniously. The bike that he had bought with his pay increase to celebrate one of his promotions, one of the many promotions that I had helped him achieve!

Luckily my friend Della’s husband put it in the garage after I had left, before it was stolen. Little did I know that I would need later.

After we had finished Jess commented that when you walked into the house it was as if Danny had never existed. I didn’t care, I didn’t care what would be lost; we were lost.

My friend, my beautiful friend, Toni, arrived after driving the four hundred miles from Cornwall since early morning. She had brought with her a cheque for me to put in my bank to help me ‘until things got sorted out’. It is a gesture that will remain with me for the rest of my life, that sometimes people just do things because they’re kind, and not for any other reason. It gave me leverage, it helped my frenetic mind, it was a life saver at that time; and I felt good knowing that I had left Danny and ‘Her’ without a penny to their name.

Ethan decided to go to his girlfriend’s house in Essex. I understood, he could not bear to see his mum, who was always so strong, the person who had always kept it all together, even in the years when she was a single parent, in such a mess. It was frightening for him, and he kept asking me if I was going to be alright, if we were going to be alright.

Looking at me and the way that I was I can understand why he thought that things might all go wrong My friend Sherrie  from work arrived that evening and I could see she was shocked to see me as I was:  A mad woman, going from intermittently swearing and calling Danny all the bastards (or worse) under the sun, to sobbing uncontrollably.

I had still not gone into the garden, I could literally not go out there, I was afraid of the memories it held with the remnants of the BBQ all around me, taunting me of that day: the day that I realised what a fucking fool they had made of me. There was stuff that belonged to ‘them’ everywhere, a heater, some chairs, plates, my friends just took it and dumped it into ‘their’ garden. Everything else just got thrown away, including china plates, Danny’s beloved BBQ tools, everything. I just didn’t care. I wanted it gone, along with the memories.

When I told my friends that ‘Her’ partner had been to see me and had told me that he had put a tracker on their phone they told me to distance myself from him, to not listen to what he was saying to me because it would not do me any good.

I weighed myself, I had lost six pounds in two days.

(Oops) there goes the dreams we used to say

(Oops) there goes the time we spent away

(Oops) there goes the house we’ve made a home

All of the dreams you sold

Left me out in the cold