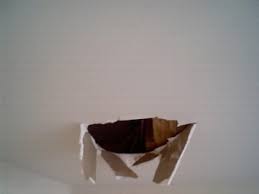 There had been a hole in our kitchen ceiling for nearly a year. Our shower and bath had leaked and in the process rotted the ceiling. Ethan had been going on and on about how it seemed to represent a ‘wound’ in our house, and I realised that it had happened just as we had become friends with ‘her’.  I made a resolve to get it fixed and called a plasterer and arranged for him to come to repair it;  it was my house and it was time that I took control of it. Ethan was right it was like a festering sore and it needed to go.

Because of the plasterer coming I had to move some furniture and arrange things before I left for work and in my haste to get everything ready I had forgotten my phone. But the important thing was I did not even know I had forgotten it until I was at work for over half an hour!! My phone had been with me all the time ever since ‘The war’ began; and yet there I was without it. I knew it was sign that I was moving on and, in a way, I was glad.

I had another appointment with the Counsellor after work and when I explained about my phone she confirmed that it was a step forward.

The session was different: I didn’t cry all the way through the session and when I left I felt better than I had for a long time, I knew that I was definitely starting to move on.

When I got home it was past seven o clock and Ethan told me that my phone had been driving him nuts because it has been beeping since ten that morning and I knew, I just knew, that it was going to be a message from Danny.

I checked the phone and Danny (or ‘The Arsehole’ as he was saved as in my phone book!) had sent me a text. It said ‘I thought that I would text you as I need to collect some stuff. Hope you’re okay, I am worried about you.’

My response was to say out loud “Yes! You fucking bastard! I knew that you would come crawling back. I knew it!!” Followed by “What stuff?!”

I did not text Danny back, he could fucking wait for all the times he had ignored me. I knew that they had moved into their rental property only the day before,  the Sunday before he sent this text on the Monday! He  had been in that house with ‘Her’ one day and now he was sending me texts! Clearly things had gone shit shaped in paradise!

Instead I called my sister, Louise,  who said she knew he would come crawling back, that it was only a matter of time.  My sister asked what time Danny had sent the text and when I told her it was at round ten inthe morning she told me not to reply to it; she had guessed that when Danny had sent the text ‘She’ had probably been at work, and he had did not want her to know that he had contacted me.

I thought about the time I had sent Danny a text and he had not replied, of  the times that he had rung me in the past two weeks, and it was always when he was not with ‘her’. I knew Louise was right, she has always been an astute cow my sister!

I was so happy, not because Danny might be coming back but because I knew that he had realised that he had made a massive fucking mistake, meaning it was my turn to make people eat shit now!

I put some music on and danced in the kitchen for over an hour, like a mad woman. Then I drank a bottle of wine, and it was only  then that I realised that the ‘wound’ in the house had been fixed, the hole in the ceiling had gone; and that Ethan was right it was a sign of bad things that had been in our house and now I had finally started to get rid of them.

‘Let me paint this picture for you, baby

I thought I told ya, hey
(What goes around comes back around)