When I got up I did not know if I wanted to respond to the text Danny had sent the night before.  I was tired of it all, I needed to move forward and extract myself from the ‘ ‘daytime soap opera’ that Danny had dragged me into. I was worth more than that!

I noticed that I wasn’t hearing the echo of my own footsteps following me anymore, it was as if the house had quietened the floorboards and allowed me to come to terms with being there on my own; it had become my ally.

But as I started to make my first cup of tea of the morning my eyes started to well with tears; because I knew that it wouldn’t be long before it was too late for Danny to come back.

I have always been the type of person who seems to have an internal switch: it is not something that I can control, it just ‘flips’ where my feelings are concerned; and once it has ‘flipped’ I cannot get those feelings back, even if I wanted to. I knew that it was starting to happen where Danny was concerned.

I thought of things that had happened over the past few days: when I visited my aunt in Essex at the weekend and how she had told me that I could stop crying if I wanted to, and that I was worth more than Danny. I did stop crying!

Perhaps because the Sunday had been the tenth anniversary of my mum’s death it had marked a turning point for me, because after that I forgot my phone and didn’t cry right through my counselling session. I knew that these were all signs of me moving on, and I was crying because I didn’t really want to move on without Danny.

I still felt this inexplainable feeling that Danny was crying somewhere; that no matter what he had said to me he really was heartbroken. I could not get that look of pure pain that had been on his face on his face when ‘her’ partner was telling me what had been going on, out of my mind; and I knew that if I moved on it would be such a terrible waste of something. (The first shot is fired….)

As if she could read my mind Jess came round and when  I opened the door I was crying. I explained to Jess that I was afraid to respond to Danny’s text in case he didn’t reply; because all of the memories of three weeks before when I had called and called him and he did not answer were back in the forefront of my mind.  I couldn’t bear the thought that he would do that to me again.

But I was also angry that Danny seemed to think that he was entitled to anything else from the house; and I was sick of checking my phone waiting for him to call or send me a message.

Jess suggested that I text Danny back and ask him what stuff he thought he should have from the house; and then delete his number from my phone book completely so that I couldn’t look for his name, or ‘The Arsehole’, on my screen.

So that’s what I did, I sent a text and then Jess deleted Danny’s number. But Danny immediately replied with a text saying that he wanted a stereo, his tools, a telly, some furniture and his bike! That made me laugh, as there was no fucking bike, it had paid for the start of divorce proceedings against him!! (Day nine (Wednesday) I started to fall out of love with you….)

I was incensed that he thought that he was entitled to anything  and called him, only this time he answered immediately. I knew, I just knew that he was not a happy man,from the tone of his voice; and I could hear that he had been crying,  and I was so fucking glad.

I asked him, “Are you still in love with ‘Her’ Danny ?’ He started to cry.

“Are you still really happy Danny ?” He answered clearly “No”.

“Have you realised what a terrible fucking mistake you have made now Danny? How you have lost everything: me, Ethan, the animals, the house, and now you are living in a little terrace I hear, with a door that leads straight out onto the street, you must be so fucking happy!!”

Danny said that he was not happy, that he knew he had made a terrible mistake; that he didn’t want anything, he had just used that as a way of getting in touch with me because he thought that I would just tell him to ‘Fuck Off’.

I told him that all of the TV’s and Stereos now belonged to Ethan and he couldn’t touch any of them, and that his bike had been stolen!

I asked Danny why he had wanted to talk to me, what did he actually want. He said that he just wanted to talk to me face to face; that he knew that he had treated me so badly and that he felt really ashamed of the way that he had behaved. He asked if we could meet up that night to talk about what had happened, and how we had come to be where we are.

I asked Danny to come home if he was so unhappy, and suggested that we could try and work it out;  but he said that he didn’t know if he could. I just didn’t understand why Danny still didn’t know where he wanted to be. One minute he was saying he was unhappy and not in love with her; that he had always been in love with me, and then he was saying that he didn’t know if he wanted to  come home! Surely it was simple: mif your unhappy you come home! All Danny kept saying was that he was afraid; afraid that if he came back to me I would just throw him out once I knew that he had no-where to go.

I agreed to meet him that evening to have a face to face talk. Danny would not come to the house: he told me that he knew that it was being watched by ‘her’ partner, so we arranged to meet  in a car park by the beach, away from anyone who may know us.

‘She’ had arranged for him to collect a chair they had bought, and ‘She’ didn’t know that he had contacted me; Danny said that if she knew she would not let him out of her site.  I was dumbfounded when Danny told me that he was afraid of ‘Her’ because had started to realise how much trouble she had caused, and how he should not have listened to her; realised that he had been so stupid to listen to the things that she had told him.

As I suspected, and as my sister, Louise had rightly predicted, ‘She’ had been checking his phone constantly;  and when he did go to work  (which had not been often because he had been so stressed)  ‘She’ had started to ring him to make sure he was there.

MI was starting to realise that I may well be dealing with a ‘Bunny Boiler’!

All the time I was talking to Danny I was pacing back and forth across my living room. I felt a mixture of anger, relief, elation, satisfaction and fear:

Anger because I could still just punch Danny for what he had put me through; relief because I was right all the time when I had said that Danny was not happy and that something did not add up; elation because we had a chance to get back together, and because Danny was hiding things from ‘Her’; satisfaction because the happy little home that she clearly thought she had been building with Danny was actually starting to crash down around her fucking ears, and she didn’t even know. And I felt fear, in case Danny let me down again.

After I hang up from Danny ‘Her’ partner came over and knew from my behaviour that something was different. He asked me if I blamed him for any of it and I told him that I did: I blamed him and her; the more I thought about the games they had played the more angry I got and the more I raised my voice: telling him how  I blamed them for the games that they have played; I blamed him for knowing about it long before he told me; about how I blamed him because he had waited to tell me, waited until I was drunk to ensure that he could cause as much chaos as possible. I pointed out how he didn’t consider me in any of it; in fact how none of them did, and how that was the mistake that they had all made: they had all grossly underestimated me; and I told him how I would make them all pay.  Then I told him to get the fuck out of my house. ………… 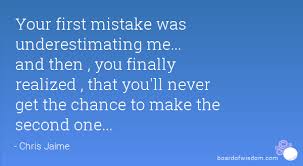