A background story – I didn’t think you would come… 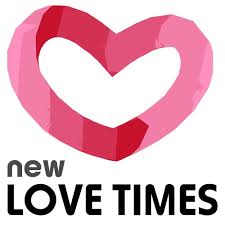 I first met Danny when my mum was gravely ill. I was in a nightclub with my friend and she knew Him; he came over to chat to us and as the night wore on he kept kneeling on the floor and singing to me.I was just ignoring him, I didn’t even know if I fancied him at the time; but I gave him my number and he called me on exactly the night I had asked him to.

When Danny called I explained that I was a single parent and that my mum had cancer and was gravely ill; he seemed to understand and was  really easy to talk to, and although I was still not sure if I fancied him, I agreed to go out with him the following Sunday night. Although I wasn’t sure about the attraction I needed a distraction from all of the pain and sadness that I was going through at the time.

But when the Sunday arrived Danny didn’t phone when he said he would. I was a bit surprised and pissed off really, I thought that he was really keen. So instead I decided to spend some time with my mum and sister; little did I know that it was the last time that I would go out to the pub with my mum, and the last time I would spend quality time with her, because she died just weeks after.

A year later virtually to the day  I met Danny again in the same nightclub; it seemed as if it was destined because I was out with the same friend!

This time I did find him attractive and  we spent the whole night together kissing and cuddling; and although I refused to give him my number again Danny called my friend for my number and  rang me the next day. We agreed to go on a date the following week, and on the day of the date Danny called ‘just to check’  that I still wanted to go. I found that really sweet: that he liked me that much he was worried I would not go.

We went to a pub near to where I lived and as we chatted  I asked Danny why he had not called the year before. He said that he felt I had too much going on to take him on as well, and that he was not sure if I really fancied him or not. It surprised me that he had obviously picked up that vibe from me; and I liked that. He made me laugh all night and came back to my house for coffee, and, yes, he stayed. But now, looking back, he could not perform he was so nervous.

By now I had left my career because there had been so much shit in my life over the year: my dear dad having had numerous strokes and now in a care home, and my beloved mum dying wihtin months of my dad’s first stroke.:Life had been really hard for all of us.  I knew that I  needed to spend more time with Ethan, my son from a previous marriage,  so I took the redundancy that was being offered from a job I had been working in since my teens; and it seemed that so much had changed in my life in such a short space of time.

From our first date I felt that Rich would never let me down. I needed someone who would be there for me and support me. I was sick of trying to support myself and Ethan; sick of all of the crap that had happened in my life; so when I met Danny I found what was a kind, caring man, who obviously really liked me. I was very careful who I introduced to Ethan, but I  knew that this time I wanted to introduce Danny to him; it all just felt so right.

Ethan loved Danny’s fun loving ways and the fact that he liked computer games; and Danny and I became inseparable with Danny staying most nights and going to work from my house. Within weeks  we  had decided  that we wanted to live together, and Danny moved in six weeks after our first date. We were engaged four months later. “All I want is my ring on your finger” he said. “I love you so much.”

And I loved him too, so much….

What have you done to me
I can’t eat, I cannot sleep
And I’m not the same anymore, no, no
I don’t know what to do
‘Cause all of me wants all of you
Do I stand alone at the shore
Now once I could turn away
From everything I feel today
But now I wanna walk through your door

But I’ve got to know, oh, body and soul
That you’ve got no doubt, inside and out