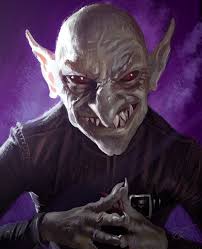 In the May that Danny returned I went back to work towards the end of the month. I wanted to take on the extra hours and I needed, in my head, to be independent financially from Danny . (See my entry after our first visit to the counsellor together and you will understand why – Counselling – It is he who should be sorry not me! )

But every day I struggled. I was still not eating and permantly had tears in my eyes. l kept finding myself in the toilet crying; although I could cry in front of any of my colleagues I just did not want to keep putting my misery onto them because they had all been so understanding; they knew that although Danny was back we were on a knife’s edge of surviving.

I felt such a fool, so humiliated, and a voice in my head kept telling me that I should not be here now, sitting at my desk with tears in my eyes, and telling me it was all Danny’s fault. (It was!)

It told me that if I left him now I could have my sense of pride back and people would not be pitying me any more, that I would not cry any more. I started to believe it; I just wanted to stop crying, to not feel a fool, I wanted my self respect back and I believed that all of that was impossible to achieve all the time I stayed with Danny.

Once a week a man from another department, we’ll call him Josh, would come to our offices for his weekly meeting with his boss. He was a lovely, gentle man who had a strong sense of faith in God; and he came in to see me to give me a hug and some moral support for what had happened.

Josh said that I had done the right thing in having Danny back: that trials are sent to test us, to help us become stronger and be different people. I told him I was struggling, and I explained that it was as if there was a voice in  my head, a demon, that was constantly whispering to me to  leave Danny, telling me what a bastard he was, how he didn’t deserve me, more than anything reminding me of the fool that they had made of me: how they had laughed at me.

Josh looked at me and said “I am glad that you have called it a demon, because that is exactly what it is: It is evil.

Evil does not want you to be happy, does not want Danny to be happy, it doesn’t want anyone to be happy. It will tell you that if you leave Danny you will feel better because your sense of pride will come back, because you will have distanced yourself from what Danny has done. It will tell you that you will feel better because you are not with Danny anymore and that you will be able to leave the situation behind. But will you?  Will you feel happier? Will you stop crying? Will you get your pride back? Just remember, evil wants to destroy any possibility that you have for happiness, destroy the possibility of anyone else’s happiness, and the only true possibility for happiness is to stay with Danny and try.”

And this is where my strong personality came into it’s own: I thought about it, about what Josh had said and I knew that it was true. If I left I would not feel any happier than I did now; I would still be broken hearted and so would Danny. Ethan’s life would be affected, as would everyone who was supporting us. What was I going to achieve by leaving? Just more devastation! I could move away from Danny, sell our house and walk away but I also knew that I would be consumed with bitterness for what Danny had done to us, and that over time that bitterness would destroy me; whether Danny was with me or not.

I was not prepared to let that happen to me; I did not want to become a vindictive, vicious person who trusted nobody. I was not going to let that bitch do that to me.

After my conversation with Josh, when the voice started to whisper in my brain, I would imagine it as a green evil, imp like demon. Something that just wanted to cause mischief, hurt and pain. I knew  we had all been through enough of that already and I could see what it was trying to do, it was clear it was lying to me. Now getting this demon under control was hard, trust me it was so hard. But visualising the demon to whom the voice belonged  helped me tell it to ‘FUCK OFF’. I would literally shout it out loud when I was in the car.

My advice to anyone going through this now: get a coping mechanism for that voice in your head; and be careful who you talk to because they may (just may) want you to fail and will enhance that voice and it’s message. It’s your voice take control of it! Imagine it as what you like but don’t let it beat you.

What happened to us all those years ago led me to read many psychiatry books, ‘Counselling for Toads’ being the first  (for those Wind in the Willows fans – careful you will never look at the in the same way again!) I know now that the demon was in fact what psychiatrists refer to as the left hand side of your brain. Byron Katie gives an explanation in her book: ‘Loving What Is’:

“perhaps the most important revelation is precisely this: That the left cerebral hemisphere of humans is prone to fabricating verbal narratives that do not necessarily accord with the truth.”

In the same book there is a  quote from Michael Gassaniga:

For me over the years I have learnt that it is in fact your ego, which most times in life is your worst enemy.

So call it what you like: a demon (it still is to me but only as a memory now because mine died years ago!) a spin doctor, whatever; I can tell you now that yours is going to run riot if you are in the situation that I was in at that time. So my advice is get a coping mechanism and don’t let that bastard beat you!

Stay Strong, be in control even though it is hard.

It was the first coping mechanism that I put into place because of his advice and  I know if I had not listened to him Danny and I would not be here today. We have a lot to thank that man for.

As always I hope this helps, and if you know someone it might help then please, share it with them. 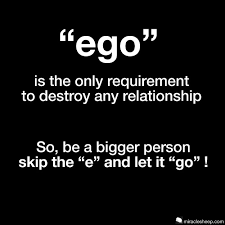 Making This Better the book is now available internationally in paperback and ebook  at Amazon and Barnes & Noble also available at Xlibris and Apple Books for iPad, and new to Waterstones.