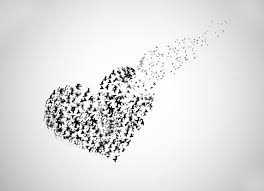 He doesn’t’ believe that I will be able to do this (have him back). But I will try because I do believe that we have too much to throw away.

I told Danny that he had to have the courage of his convictions and fight for me if that is what he really wants. I have to say that saying all of it has helped, and Danny has made every effort.

When you know that someone loves you that much, is that sad for what they have done, what do you do? Throw it away? Look back in a years’ time and regret it?

But every now and again Danny having sex with ‘her’ creeps into my head, and it is like a wave coming over me.

Things are better, but I wonder if that will ever stop; and will I ever be able to say I am one hundred per cent happy, which I was before?

This is an important entry for me, because I had started to realise that what we had before was gone; it was ‘lost’ and we were never going to get that back; that I was able to have this conversation with Danny and had  I realised that Danny still loved me and treasured what we had, was something that kept me there. But the enormity of what he could lose was starting to hit home to Danny.

I would continue to struggle with the fact that what we had was gone for a few months to come, and grieve for it for years to come. But Danny fought for what we had in the past  for  years to come; he would virtually drive himself insane trying to go backwards and find what was lost. Of course this was always going to be futile: not only because it was lost, but because I had moved on and therefore I was not in that place in the past anymore.

I have been asked by many people ‘When will we get back what we had before?’ You won’t! What you had has died, and that is why you are grieving. But if you can stop and listen amongst the madness, there may be some small things left from the fire that burned through your relationship, on which to build something new and only if you can understand that it will be new can you move forward into the future.

The other important part of this entry is that I told Danny (again) that he had to have the  ‘courage of his convictions.’ He had bought us to where we were now and he was the one who had to do the work to make it right again, and make me want to stay.

To do that he had to face all of his fears and show me how sorry he was every day; and only then would we have any chance of survival.

The night before I wrote this entry Danny and I had been in the garden, I was watering the few flower pots that I had bothered  to pot up in ‘The War’  and Danny was watching me with tears in his eyes. I remember wondering why? He was the person who had brought us to where we were, he had made all of the mistakes!  I asked him what he was thinking and  he just looked at me and said he was upset because he was so sorry; and that he could not understand why he had done this to me.

This was the start of me realising that Danny did not know his arse from his head any more than I did! I also started to understand and accept that we were both heart broken, albeit coming from different angles.

Danny had said that he doubted that I could ever be really happy with him again and I remember lying to him and saying that at that moment I only felt eighty per cent happy, in comparison to how I had felt before “The War”.  In truth I was only at fifteen per cent happy (mainly because Danny had come home and I had time to get over the shock of the last few months; and that I now had the time to make my decision of whether to stay or leave); but as I stood  looking at this man, who was just lost, I couldn’t hurt him and tell him that,  despite how much he had hurt me.

Over the weeks since Danny had come back he had become clear that he did still  love me; that all of his actions on his initial return had been nothing but bravado, a way of covering up his vulnerability.

But as I had grown stronger Danny in some ways, had become weaker: his bravado lost when he realised exactly what was at risk – and at risk it still was, very much so. So he became a person who fluctuated from being so sorry all the time, a man who tried  to show me how much he loved in whatever way he could; to a man who became agitated and defensive as I asked him the same questions over and over again. Only now, eleven years later, can I see that this was because he was afraid.

Sadly at that time no matter what Danny did it was never going to be enough; and I can say now that the fact that he never gave up, just taking every blow, is one of the main reasons that I am able to tell you our story today, sitting here in France, with him.

I knew that the love  we still had was something that I had to believe in,  as that was the one and only foundation brick on which to try and build a NEW relationship. As I said all those years ago:

‘When you know that someone loves you that much, is that sad for what they have done, what do you do? Throw it away?

Look back in a years’ time and regret it?’

I would urge everyone who is struggling to allow that time for grief, you cannot build on something new until you come to terms with the fact that what you had before has gone.

Just a tip:  remember you have the here and now and try and see the small things that happen in your relationship, you will see as our story progresses I did..