The anniversary: Part II- running away”

As April came, as I have said in my previous post, and the anniversary of when our lives had been torn apart looming on the horizon, I was raging because I had relived the month of March the previous year in my head. So I didn’t care what had happened over the last year, because all the wounds from that time when I was unaware of what was happening, a time when I had been lied to, a time that I had lied to myself, had been re-opened. (The Anniversary – Part I)

At that time I thought that my rage was directed at Danny; but looking back now I know that really my rage was with myself: I was really seeing the person that I had become, the person who had allowed herself to be lied to, and it was her that I was angry with.

By the time a year had gone by I was back to my old self before my mum had died: a person with an extremely strong personality who would never let anyone beat her, who when she was knocked down always got back up stronger; and this is what made me so angry when I looked back at the person that I had been a year before.

Danny was understandably terrified: I had gained a promotion and gone back to work full time. I had lost weight, got fit, looked good, and in all honesty didn’t need him, if I put my mind to it I could leave. Danny knew that, I knew that. But I also knew that we had something; and that I had something in the person who was with me in the here and now of that moment.

After getting back together I had given it until January; now January had been and gone and I was still there; not for money, not for the house, not for the fact that it meant that I had a man (because I still felt that people pitied me: poor Rosie the person whose husband cheated, bless her!) I was there because I had a man who loved me, he was not arrogant, he was not argumentative, he was not defensive, he was simply sorry, he was bereft. How do you walk away from that?

So I stayed because I loved this gentle man, I loved him for his tenacity in staying with me: for facing his fears every day. After all every day I got stronger he was reminded that I could leave at any time and he had to fight to keep me, every day. Little did I know that as I got stronger he actually got weaker where his opinion of himself was concerned (but that is for later in our story. I can say that I should have paid attention to that.)

But back to the anniversary of the day our lives blew apart: We had both decided that neither of us wanted to be at home. Our house, our beautiful house, was still felt contaminated by ‘her’ everywhere we went. There were way too many memories and triggers so we both decided to go to a place where we felt safe: France. 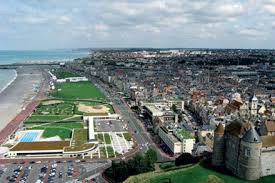 To prove a point I told Danny that he had to sort it all out and he did. He booked us a flat in the port city of Dieppe, right in the centre. We had booked it for the whole three weeks that  coincided with the three weeks that Danny had not lived with me, the three weeks Danny had lived with ‘her’. In fact we had arranged to come back on the the 4th of May so that it was past the anniversary of when Danny had come home, and it would be a new date that we could focus on instead of the date of when Danny returned.

Because ‘The War’ had started over two days, on the. Night before our boat sailed we booked to stay in a pretty hotel on the front of the port town of Dover in England. This would have been the anniversary of the dreaded BBQ the year before, when her partner decided to inform me that Danny had been seeing ‘her’; the BBQ where Danny had been kissing ‘her’ in my pantry; the BBQ where I nearly pushed ‘her’ off our balcony! (The first shot is fired….)

It was a good decision I could not have stepped a foot in our garden that day; it would have been as if a video was running through my head. Too many memories.

All of the decisions that we made were important because they made new memories for us, new things to focus on at that time of year instead of  always focusing on all the shit that had happened year after year.

On the morning that we came to leave it was bright and sunny; pretty much as it had been the year before! I was quiet and Danny just kept quiet, because he was afraid of what would happen if he said anything; so he just loaded the car with our stuff. Another wise decision!

I was stronger, I knew that I was not in the vulnerable position I had been in the year before and that in itself, gave me the composure to keep it all together. I have a major resounding memory of this time: as we were walking out of the front door Danny turned to me with tears in his eyes and said ‘I am so sorry’. My eyes filled with tears and I said ‘I know you are.’ But I couldn’t say any more, it was all too too painful and I just wanted to get out.

When we got to Dover and booked into the hotel we arranged to have a sauna together and it was then that I started to realise just how insecure Danny had become: He had never had a sauna, something at which I was amazed; and I can remember him following my lead like a puppy. It was as if he had no confidence unless he was with me, and even then I did not want him to feel like that.

We had a beautiful day, sat on the beach, had a meal in the hotel restaurant that evening; you would never have known to look at us that we were running away from painful memories and still clinging on by the skin of our teeth. 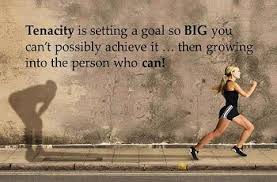