Journal Entry July 2008. Do you want to step through that gate?d 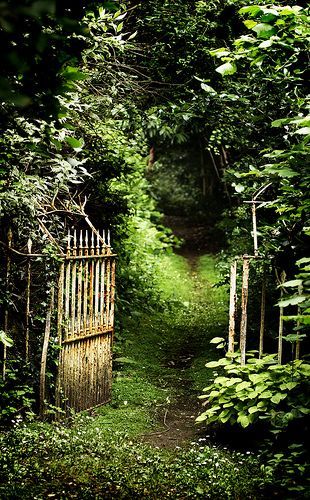 In this Journal there are two quotes that I wrote inside the front cover Of my new journal all those years ago:

Be honest with  yourself and take responsibility for your actions…

After the last sixteen months of my life I no longer feel the need to keep my old journal.

So much has changed for me, and I have changed so much – mainly by going back to the personality that I had before my mum died- I feel the need to analyse myself, and I hope that by writing this journal I will be able to understand who I am and why I have some of the thoughts that I have.

Also, I have a very dynamic personality and I have learnt that this can intimidate some people (their problem, not mine!) But I am also aware that I need to slow down for some of the people I love. For the people who try to undermine me, criticise me or humiliate me I don’t! But I am hoping that by writing this journal I will be able to deal with those negative people assertively not aggressively, whilst not allowing myself to be brow beaten by them in a manipulative way.

Too many people have done that to me in my life and I have let them; not anymore!

What I have come to understand, more than ever before over the last year is that I can always stand on my own two feet. I am very lucky that I have the ability to up my game (to go from a part time job paying me a low wage to a full time job paying me over double what I had been earning, with the possibility of further promotions.) I am proud of myself and I will not let anyone make me feel as if I shouldn’t be. I only want me to be in control of ‘me’ now.

With regard to Danny and I: I think that people have had enough of listening about it now; and as I am writing this I am asking myself if I need them to! Isn’t it something that I need to sort through in my own head? If I really needed to run something past someone then I can. But if I am being honest I don’t really know what it is I am trying to say. That is why I am writing this journal, to find myself again.

For the last ten years I was not myself until last year; I did not realise how much I had not got over my mum dying. That I had become only three quarters of myself.  But because of everything: Being a single parent of a young child, mum and dad dying, becoming ill, I think I was just worn out. I needed to re-charge my batteries and wanted someone who would take care of me. I met Danny who was gentle, kind and needed someone in his life, and I thought that he could provide all of that. I ignored all of the warning signs, put everything into Danny and never fully recovered that quarter that I was missing .

I look back now at how angry I used to become (because somewhere my mind was screaming at me and asking me what I was doing.) I wasn’t truly happy. I look at the times I spent with Danny’s family, and realise that although I was made ‘welcome’ I never really felt as if I was part of it; never really felt as if I belonged there; because really I didn’t. Perhaps they could see that more than I could!

All of this is relevant; because the fallout from what happens during and after an affair impacts on everyone; and in our case this included Danny’s family (as it does with so many stories). I have to say that my mother in law has faced every one of her fears and worked so hard to become close to me again. I have the utmost respect for her for that. In fact it was only in the past two years that we had a conversation about what had happened and understood how the other had felt at that time. She had got caught up in something that was nothing to do with her, then others had put their wooden spoon in to stir the pot and hey presto! It just contributed to the hell that had broken out.

At the time that I wrote this entry  some people still listened to me talk about us, mainly my sister and very close friends; but others felt that we should have just ‘moved on’ with our lives. It never ceases to surprise me that people fail to see the utmost significance of a broken heart, of broken lives.

It is interesting that I have commented how I had never ‘got over my mum dying’. You never ‘get over’ someone dying you just have to come to terms with it and live your life in a different way than you did before; because your life is different, it will never be the same again. Exactly the same as when infidelity hits the fan!

If you try to rebuild your relationship then I believe it’s essential that you learn to accept the fact that the affair has happened, and that you will never ‘get over it’; like a bereavement it will be something you learn to live with all your life; because it will be a contributory factor that will define the person that you are now, and in the future.

I know that for some people reading this will terrify them, I know I was terrified of having that thought for the rest of my life. But here I am, no longer afraid, and it no longer plays through my mind. It’s there but because I have accepted it’s existence it doesn’t bite me any more.

If you asked Danny he still struggles with the pain he put me through. The fact that he had run away again and not learnt from his mistakes – I find this really sad sometimes because I do not know anyone who has not learnt more from their mistakes than Danny.

I was right I didn’t know what I was trying to say, or even where I was going. When I started this journal I thought that all of the aftermath of ‘The War’ was behind us. Of course it wasn’t! We still had a long way to go: I was on a path of discovery: finding ‘me’ again.

The first piece of advice I always give to people when they find themselves in the situation I was in all those years ago, is that you have to find yourself because if you don’t have yourself you have nothing.(This is in fact one of my mantras of life!) What I did to find myself

More often than not when something like infidelity has occurred the people involved are lost: What they thought they had has been broken (whether by them or by the other person); what they had worked hard to build is no more. We all question whether it was ever what we thought we had in the first place. As part of building the relationship we give ourselves to it, and then when it is destroyed where are we? Who are we? We have to find ourselves all over again and in doing that we will change; life will have changed us, what has happened will have changed us.

I know when this happened to me and then I found myself it carried a high risk that I would not stay; that I would become so strong that Danny wouldn’t mean anything in my life, that I wouldn’t want to stay and carry the burden of what had happened anymore; and that really terrified me. I know when I say it to others now it terrifies them, and some turn away from the idea and try to turn back to what they had, recover what they had; which, of course they can never do because they have changed, and that then drives them mad. I believe that’s why some of us are able to reconcile and some of us are able to move on alone. We find ourselves and we’re not afraid anymore, whatever our choices. But for some they stay stuck, afraid to change.

I hope my writing this gives them courage and confidence to find themselves and see what life has in store. 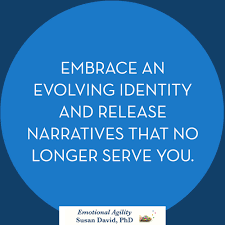