If you don’t have yourself you have nothing 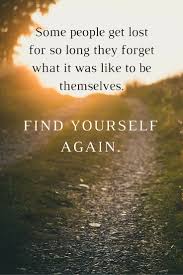 Throughout my whole journey of recovery after Danny betrayed me, I held onto myself. I say often in this blog and also in my book:

‘If you don’t have  yourself you have nothing.’

I still live my life with that ringing in my ears, even today.

A lot of people ask me what I mean by that, they ask me how do they find themselves? I can only tell you what I did:

One of the first things that I did was be honest with myself in recognising that I had lost myself somewhere along the way.

When infidelity hit the fan in our relationship it hit home to me just how much I had lost myself: The obvious ways were there for me to see: I was overweight, I no longer trained, I didn’t want to pursue any career that would interfere with my time with Danny. So when he left I was in a very, very vulnerable position: on a low income, overweight, and I had, to a degree, lost my own identity.

The Rosie of the past, before Danny, would never have allowed herself to be gas lighted or lied to in the way I had been:  She would have confronted the situation head on. But because I had lost myself in our relationship I didn’t do that, I allowed a web of lies to be spun around me.

Before I met Danny I had a good career and I also taught aerobics and keep fit six times a week. But somewhere along the line I lost that Rosie. Not all of it was as a result of my relationship with Danny: my mum had died and my dad had nine strokes and all of these incidents had happened over a six month period. So I gave up my career because I realised that I never seemed to spend any time with Ethan; and as death tends to do, I recognised that life really was too short and things had to change.

Then I met Danny: this man who was so gentle and kind, this man who promised that he would take care of me; at a time when I was vulnerable, and tired of fighting all the time, so I let him. I put all of myself into our relationship until eventually I gave up aerobics because it took me away from Danny too much. I worked part time and renovated our house and supported Danny in his career; I wanted to, I loved Danny; I believed that he was never going to hurt me.

I believed that I had found a person who was always there to love, support and protect me. And then the crap hit the fan, and I found myself in a position where I didn’t like my image, I didn’t earn enough and I didn’t even know who I was anymore.

I will tell you who I am: I am a person with an incredibly strong personality who listened to so many people who told her she was too loud, and too arsy, and too defensive. People who told her that other people didn’t like her, so much so that I lost myself along the way. But I can say now at this moment that I have learned that my personality is the essence of me and I learnt that as a result of this journey that I went through. You can read more here

So the first thing I did when the infidelity circus came to town was I got angry; and I used that anger as a form of strength. I used my love for Ethan, and the fact that I had to make sure that he was alright and I was able to care for him, and I came out fighting. You can read more here

I didn’t just get angry I used that anger as a form of fuel for my inner power. I became quiet, I realised that I had more dignity in my little finger than all the other characters in the charade I had been caught up in, and I held on to it: I did not get sucked into their daytime soap opera. I rose above it.

I played the game: I knew that putting divorce proceedings into play would  give Danny the kick up the arse that he needed to think about what he was doing.

When Danny came back I nearly (yes I nearly did) slip back into my old ways where he was concerned. Oh yes I pulled her partner off Danny when he was kicking shit out of him, and yes I would have gone to Social Services if he had not fucked off; and yes I am ashamed to say I took great enjoyment in punching shit out of ‘her’ when she attacked me.

But afterwards I regretted it because it meant that ‘she’ had, for a moment, pulled me into the soap opera and I had already found myself enough to know that I was too good to be there. You can read about it here

But the biggest turning point for me was when I caught sight of the woman in the mirror. the woman who had been crying. At the time Danny, with his new found confidence, was lauding it up with the barmaids of the pub we were in. It was when that woman in the mirror looked at me that I knew that I was stronger than all of this. read here I knew that I would be strong enough to leave if I wanted to and I knew that I would survive. Yes I was afraid, and would be for along time to come (but for different reasons) Read here about fear but I was more afraid of going backwards to the Rosie I had been before: the one who was dependent on Danny.

Even at that early stage I knew that I could never go back to that again, and I was afraid of what that would mean for us.

From that point on  I set boundaries on what I wanted in my life. At the beginning my boundaries were the most important thing; I didn’t care about Danny’s. Not at the very beginning. (But that will be another post.)

I ensured that I stayed fit. At that time I needed to do that, I needed to be the fit person that I used to be before Danny.

I went back to work full time, and anyone reading my story will know that my career took off. I made sure that I always looked good, for me.

But it was the small things that I did that made all the difference:  I would leave Danny indoors and go and sit on the beach, alone with my thoughts. I would get on my bike and go for bike rides along the seafront. I went to pubs on my own and sat in their gardens with a good book and a glass of wine. I didn’t care if people were looking at me or questioning a woman on her own in the pub (yep still happens even today.)

I spent time with friends, something I never did before ‘The War’. I didn’t engage again with the people who had not supported me, but I actively encouraged Danny to engage with them: if he chose not to, and I didn’t pursue it because that was his decision and he was the one who had to live with it.

I abdicated the responsibility of keeping everyone happy for the sake of it. No, not any more.

I told people what had happened: that way it could never crawl out of the woodwork and bite me on the arse. I had nothing to be ashamed of and nothing to be pitied for either: I had found myself.

If I liked something or wanted to do something and Danny didn’t I no longer ‘went with the flow’: I continued to do what I liked and like what I liked, and if Danny wanted to come along with it he could, and if he didn’t then he didn’t. I didn’t ask him more than once.

Before ‘The War’ if Danny said he didn’t want something or like something then I would change it, I would adapt. After ‘The War’ I would simply say ‘don’t you? I do’. I no longer needed to be in agreement with Danny all the time: I was my own person, and I still am today.

I no longer ran things past Danny, I probably do more today, because we are back to being a team and working together; but back then, if he didn’t approve I would still do it anyway.

But more than anything I kept a journal; and in that journal I was honest with myself about myself. If you lie when you write in a journal the only person you are lying to is yourself.

Many people fear what they will write and I understand why; especially when your life has been destroyed; and yet here you are trying to rebuild it with the person that destroyed it. (We are back to fear again.)

Now all these years later I know that despite having myself I do have to allow a degree of vulnerability because I believe that goes hand in hand with being in love. Only this time I am vulnerable, but I am not afraid. I have myself …. 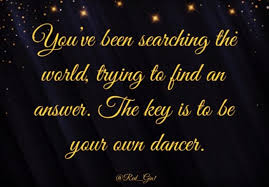