Journal entry: The Essence of me…… 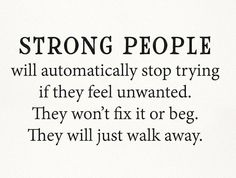 It is not very often that I include a foreword before I blog a journal entry; but recently there has been a furore on social media from something I shared from my book (it has not been shared on this blog.) It was this question:

‘As the person who has been betrayed do we get so caught up in our own pain that we fail to see the other person’s pain? Do we become so self-righteous that we stop listening? At the beginning I understand (of course I do) why we behave in this way, but over time I believe that we have to find the ability to come down from our high place and listen, really listen.’

Now the touch point were the words: ‘come down from our high place’  and boy did it touch some nerves! So I listened and I was going to change it; I understood that it hurt some people. But….. also many people related to it: said ‘yes that was them; and how  it had made them think.

After giving it some thought I remembered that I too am one of the people to whom that question is directed. I saw myself as better than Danny; thought that because I had not had the affair I was the only person entitled to the pain; and if I had carried on in that vein and walked away I dread to think what type of person I may have become.

So I have decided to keep it in my book, because I too have been betrayed and had my heart broken; none of us own this, we have all suffered as a result of the gift that is adultery.

M Scott Peck explains in ‘The Road Less Travelled’ people with strong personalities are ‘blessed’ to have strong personalities, but: and there is a but: it is like having the equivalent of ten strong horses in your back yard and trying to control them. So the furore on social media and the many people over the weekend who have told me how I think; how I have been abused?! How I am weak, and only recently how the people who stayed (me) are unhappy, doormats you name it; it has urged me to write this forword and explain something:

I have an exceptionally strong personality. I take no shit: i have had to reign it in and learn to control it because it is something to behold when in full force, and I know it’s power, and don’t want to hurt others: that is not my need.

So imagine how hard it was for me to stay, and imagine how hard it was for Danny to keep me.  Originally I started to write my book to help those with strong personalities understand that they can fight their own heads and get through their loved one having an affair. To help them to know that they can control their own personality; but I realised as time has gone on, and I have interacted with so  many other wonderful, courageous people, that it can help everyone.

I thought I would explain this before you read this journal entry: It will help you to understand just how hard I found it, but we still got through. As they say ‘when the going gets tough, the tough get going.’ we’ve all got this! Whether we stay or go.

But when I am on my own I feel so down. The ‘stand on her own two feet Rosie’ comment just shook a nerve again. Made me cry; and I wonder why – why are the two contrasts so great?

Even when I am doing things with just Danny I enjoy them. I have a lovely time; but I can also have the same time with friends. It doesn’t have to be Danny I suppose.

Or is it that more than anything Danny is my friend. But the part of my mind that I am fighting to keep under control is the essence of me; and winning. Slowly through my sub conscious I am switching off that powerful love I had for Danny, making him just my friend.

The other day coming home from work I thought about what Danny had done; that sacred thing between us that we no longer have; and when I thought about Danny with’Her’ I felt physically sick at the thought of having sex with him. Where did that come from? I have been having sex with Danny for eighteen months now. Why has that bitten me on the arse in such a strong way now?

But as I am writing this I am realising that my need for sex with Danny has slowly been getting less and less since our last visit to France. I think some of that is that I seem to be the person making the move a lot (or have been) and I don’t want to do that again. I know Danny has insecurities but deal with them. Don’t keep putting them all on me!!

I think about all the times people, including me in the past, say “poor Danny, he needs more counselling, he is insecure” (I am starting to cry now I am hitting the nail on the head.) It is as if they are saying I am the strong one, I can deal with it. If they could look inside my head they would be shocked because I just want to scream sometimes.

I am letting time do its thing. It has in the past eased off. But I cannot, will not, don’t want to, pander to Danny and his emotions while I feel like this.

One of my phrases has been ‘Just seeing where life takes me’ and that is true. Life is an adventure and ultimately I am the most free than I have been in the last twenty years. But right now, I feel like I have gone backwards, I am acting a part again, just as I had in previous relationships before I got out of them.

It will be interesting to see where I am at the end of this journal. I thought about going back to the counsellor, perhaps this is just another wave hitting me, all part of the process.

I was struggling when I wrote this journal entry because really life should have been good:  I had achieved another promotion at work, we were both earning good money, our friends and family were coming down to celebrate our ninth wedding anniversary; which was, importantly, the second one we had managed to achieve since ‘The War’. Life should have been good; but it wasn’t! I was still thinking about everything that had happened and I clearly thought that at this stage we should have been in a different place.

I was struggling with the fact that I had gone backwards and had forgotten my own advice from my earlier journal Read here that it was a bereavement we had suffered, and I had forgotten that you can still bounce backwards in your emotions with regards to grief. We were sixteen months down the line, but that means nothing when you are bereaved.

It is clear from this entry that what I was struggling with was: that everyone seemed to think that I was okay and that I would be okay; when, in fact, I was far from okay. I have said about something I had written in an earlier entry: that I was ‘always stands on her own two feet Rosie.’ The person who everyone saw as this strong fiesty woman, who was always able to look after herself and (as they thought) never felt any pain.

Of course I felt pain; I felt pain every single day. I felt as if I had let myself down by staying with Danny. I got in that fucking car every night and that demon already had the CD player on!

Then I would come home to this gentle man, who was bereft for what he had done and what he lost, and mostly for the pain he had caused me; and I looked at him and I couldn’t hurt him: not this big, broken man who was standing in front of me.

In fairness Danny knew that I was struggling and so did my sister Louise. I fought it tooth and nail but read the next post:  the shit does hit the fan, and it frightened the life out of both of us to such a degree that it made us realise that we could still lose what we had at any moment. But, more importantly, that we did not want to.

Footnote: To all those out there who think to stay is weak, really! Who are any of us to judge?

Here is something that I live my life by it may help some; it won’t help others.

“What happens when one has striven long and hard to develop a working view of the world, a seemingly useful, workable map, and then is confronted with new information suggesting that the view is wrong and the map needs to be largely redrawn? The painful effort required seems frightening, almost overwhelming. What we do more often than not, and usually unconsciously, is to ignore the new information. Often this act of ignoring is much more than passive. We may denounce the new information as false, dangerous, heretical, the work of the devil. We may actually crusade against it, and even attempt to manipulate the world so as to make it conform to our view of reality. Rather than try to change the map, an individual may try to destroy the new reality.”
― M. Scott Peck, The Road Less Traveled: A New Psychology of Love, Traditional Values and Spiritual