I don’t think I can do this…

Many things happened over the next few days, including: Danny having to go to hospital, and the Police calling our house to make sure that I had not hurt him! – All stories that are in my book, all things that I am sure a lot of people will recognise: including realising that a lot of people you thought you knew you never knew at all!

Neither Danny or I had returned to work after he had come home; we were both just shell shocked at where we were and neither of us could think straight, let alone work.

Despite changing Danny’s mobile phone ‘She’ then made contact with us by bombarding our home with phone calls morning, noon and night. We knew when it was ‘Her’ because if I answered there would be silence and then the phone would go dead; Danny was too frightened to answer the phone, he just seemed terrified of ‘her’. So Ethan and his friends started to answer the phone and if ‘she’ asked to speak to Danny Ethan would hurl abuse at her; because he had been hurt as much as I had, and I knew that one of the biggist things that was hurting him was that he had watched me be almost destroyed.

The mess we weave in situations such as this; with so many people that are affected; and none of us realise just how much.

After two days of constant bombardment, culminating in a phone call from her teenage child asking to speak to Danny, we knew that we had to change our home number to an ex-directory number. Just another thing in our lives that we were going to have to change because of what Danny had done!

Because of the constant intrusion from the phone calls and the police, who had also called at our house at the insistence of Danny’s family;  Jess and Matt suggested we get out of the house and away from all the turmoil and drama.

So we found ourselves in a small village just off the coast, a village we had never visited before ‘The War’. It was something new, something that had not been contaminated by the past. The village had a windmill, and we found ourselves in the coffee shop sitting opposite each other in silence. I thought to myself that we must have looked like a couple who had just met and were not comfortable with each other, or a couple on the verge of splitting up; you could tell from the glances we were getting from the staff that they knew that there was something very wrong with us.

They were right, we didn’t know each other at all, there was that distance between us, and I felt as if we were strangers.

Danny was different: more confident in how attractive he was; after all why wouldn’t he be he’d had two people who wanted him, and one was making it much clearer than the other that ‘She’ wanted him around.

I was not sure that I even liked this Danny that was with me; I wanted the gentle and loving man who I had married, not the arrogant fucking twat that was standing with me now!

We ended up a pub called the Crown Inn. It was a beautiful thirteenth century inn with wood panelling and oak beams; it was so pretty and it should have been somewhere where we could enjoy the ambience and relax. Instead we sat at the bar, and  I watched Danny holding court with the barmaids, appearing to be full of himself. I did not recognise this man anymore, I toyed with going out to my car and driving off without him; instead I went to the toilet to get away from this swaggering arsehole that I was with. I had no idea where my husband had gone, but I was pretty sure that this man with me now was not a man I liked.

The toilets had a bank of mirrors across one wall and  I will always remember coming out of the cubicle and catching sight of a woman in the mirrors: she looked like me, but was a much thinner version, and she had clearly been crying a lot recently. My eyes brimmed with tears as I looked at her, I was full of sadness for her: that she had come to this; and she seemed to be looking at me as if to say “Are you going to stay with that idiot outside?”

I remember so clearly looking at her and saying   “I don’t think I can do this.” She looked back at me, with tears in her eyes and said “But you have to try to know if you will be doing the right thing if  you leave. You have to give it time.”

I still don’t know to this day how I found the strength to overcome my pride and go back into that bar. It is as if people can pick up when someone is wounded emotionally, in the same way that animals can pick up when an animal is wounded physically, they smell that the person is easy prey.

The barmaids knew that I was desperately holding onto something; and by Danny’s behaviour it looked as if he didn’t give a shit about me either way, so the barmaids played up to it. But I knew one day the tables would turn, because Danny did not seem to realise that they were turning every second, and they were turning in my favour.

Don’t feel pity for me, as you read this book/blog you will come to understand why that person I was then did not need your pity, because she was stronger than even I knew.

When we got home we took a selfie of us both together, Danny was grey, he looked ill in it. I looked sad, thinner, and younger than him! Even then I can remember looking at it and thinking ‘this is killing him.’

As usual we turned to music and alcohol, and it was music that would help pull us together over time.

Addendum: A little note from eleven years on…

I have writen and edited these passages so often, I do still feel the emotion at times of what I felt during this time; but it as if it is the emotion of someone else: another strong woman who got me to where we are today.

This one bought a tear to my eye….

I have had comments from people already to say that this blog is helping them – So please if you think this will help others please share.

Thanks for staying with me.

Whoa it tears me up
I try to hold on, but it hurts too much
I try to forgive, but it’s not enough to make it all okay
You can’t play on broken strings
You can’t feel anything that your heart don’t want to feel
I can’t tell you something that ain’t real
Oh the truth hurts
And lies worse
How can I give anymore
When I love you a little less than before
Broken Strings.James Morrison and Nelly Furtado.
Writer(s): JAMES MORRISON, FRASER T SMITH, NINA SOFIA WOODFORD 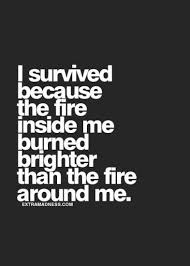