I have been on a course for the last three day in London, and it may lead to an accreditation. It’s at times like this that it never ceases to amaze me how different I am from the person of just over two years ago. I feel like that was a different person a different life:  (I will stop calling her the fat lump’ now.)

Here I am in London, making my own way, being my own person. Life should never cease to amaze you.

The main reason that I have decided to write in my journal is that I read something in my book the other day – I am now an avid reader; but note the titles that I tend to go for: ‘Wedding Tiers’, ‘How to lose a husband and gain a life.’ – That one totally freaked Danny out as he thought it was a self-help manual!

But all joking aside I am not stupid – These titles are very telling. They say something about my sub conscious frame of mind, because I relate to them because they relate to me. They are all about women moving on; recreating their lives; and, although I may not care to admit it, sub-consciously that is what I am doing.

Yes, I am renewing my wedding vows, and at this present moment in time I could never see me leaving the Danny I have now; the Danny who is so sorry and so loving; but I note that as I am writing this that if I let the writing flow I am never saying never. I know, now, that there is more of a possibility of us growing apart than ever before. If I had written this a year ago I would have cried as I wrote it, because of the grief, because I felt such immense sadness, because I knew the enormity of what Danny has lost.

As I write this I realise why I am keeping this journal: Because this is what it is about, coming to terms, understanding, not being afraid.

I have had so many people say ‘how lucky I am’: that they would swap places with me in an instant because Danny is so loving; yes he is, but he did not make a fool of them, he did not break their hearts. They would have no reason to have a plan B with him; they’re not me!!!

Danny has re-joined one of his old marching bands. I felt threatened by that and I have had to ask myself why: when I know that it is the right thing to do? He is off work with a broken rib and wanted to go training tonight; part of me didn’t want him to go, and I had to stop myself from asking him not to go because that would be wrong, for me as well.

The reason, I believe, is because I know that the more and more we do things apart, the more I will break away and eventually I won’t love Danny any more.

Even now his insecurities about his looks and the way he constantly puts himself down get on my nerves. I don’t want to keep reassuring him; I begrudge reassuring him, why should I? He put me down so badly and I have had to pick myself back up; I don’t owe him anything.

I told Danny to go, because after thinking about it I wanted time to write this. To watch my programmes and have ‘me’ time. But what I also realised – and I went quiet last night because I felt like I was losing ‘me’ again – is that I need to get some interests or I will be back to where I was before; and that I should not be afraid of where gaining other interests will take me.

I suddenly felt as if all I do is go to work, clean and maintain this house and revolve my life around Danny. I won’t start with Am Dram, but will start with yoga.

I could go on and on today but will leave it now.

To quote one of my ‘lifestyle’ books: 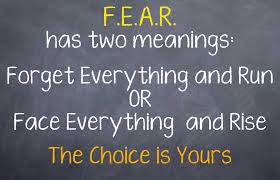 Yes, on New Years Eve  Danny had asked me to renew our wedding vows. There is so much of that in my book, all of the emotions that it brought out in me, conflicting emotions and more stories of wonderful people who gave us hope, and who, I now realise, we gave hope to.

Despite all of that it is clear that when I wrote this I was afraid of giving myself to Danny : of letting my guard down; and I was afraid because, despite all my protestations, that is exactly what was happening to me and I had no control over it. I thought I did, but looking back now I clearly didn’t.

I did buy books because of the titles, because I could relate to them even though most were chick lit books; and even now we laugh about the fact that Danny thought one of them ‘How to lose a husband and gain a life.’ Was a self-help book; although given what I have written in this entry I can understand why he still felt that way, and was still worried, even over two years later; even though we were in the process of renewing our vows.

I have learnt over the years that although it is important to find yourself again when someone leaves you, even if they come back; it is equally important not to totally immerse yourself in your new job, or new career, because all you are actually doing is hiding in that new thing, and over time you still need to face the facts and accept what has happened. If you don’t it means that you just swap one thing for another, and more often than not, that thing does not satisfy you either.

I learnt that the hard way; and here I am all these years later and I have completely given up that career that I felt was so important in this journal entry. It was not anywhere near what I thought it would be and all I actually did was get lost in the same way I had got lost in Danny and I at the beginning of our relationship: so that I did not have to deal with the fact that my mum had died; or that my dad had suffered a series of strokes and was in a home. This time I got lost in my career so that I did not have deal with what had happened to Danny and I: so that I could prove to myself that I was successful in something – my career. In fact I needed to find myself, really find myself and immerse myself in that – I have that now.

I learnt that an important thing to remember is that you are still here: you have survived, you have moved forward, and, in some cases, you have tried to make it work; because that takes immense courage: a strength that all those people who say ‘I would never have had them back. I could not do that’ will never understand; until they find themselves in a similar position one day.

So it is not the job that will define you: it may help because you are not as vulnerable, because you will be earning more money, using your brain, getting out there; but it will not define you. Losing weight (the ‘Divorce Diet’) is fantastic, but sadly that diet never lasts! Just remember this if you are clinging to that mast in your boat whilst you sail that sea of despair: it is your strength and understanding that will get you through. Trust me…. I know.

That is what I have written in the entry: ’because this is what it is about – coming to terms, understanding, not being afraid.’ I knew that even then.

Danny marched with a marching band for over ten years before he met me, they were having a commemorative tour, and on that tour would be Danny’s ex fiancee, so I felt vulnerable if Danny joined the tour. The reason for me agreeing to Danny re-joining the band was not because I thought it would help when I came to leave him; I know now I agreed because I knew that I had to trust him again, no matter how hard it was. If I didn’t there was no point in renewing our vows; I had to allow myself to be vulnerable again.

I still love my own company: I am not afraid of it, and I am not afraid of being on my own. But that saying applies to everyone really: we are all alone. If we learnt that life would be so much easier, we would not expect the impossible from others.

‘I am solitary, but not lonely.’

If you want to read about our life now: In France you can visit my other blog