My poor friend Toni was up all night with me. I was sitting on the end of her bed, going over it over and over it again and again: reliving events, questioning things right back to our holidays the year before, when we had gone to their house for a drink and ‘She’ had come downstairs in new pyjamas; how Danny had commented on them. How did Danny know that they were new?

Nothing made sense and my mind was just trying to find a reason, any reason to answer my biggest question. Why?

My friend suggested that I send a text to Danny because She, along with all of our other friends, could not believe this was happening: because to them it was clear that Danny loved me so much. We had to resolve things about the house and  bills, our whole life in fact, and I needed to talk to him about what we would do.

So the next morning I sent a text to Danny and asked him to please answer my texts and call me, as we needed to talk about the house. I was shaking I was so afraid that he would not answer me and ignore me again. Little did I know it would be worse than that!

Danny called me: he was very hard and cold towards me as he asked me what I wanted to talk to him about. It was as if there was nothing to talk about and I was just trying to get him to talk to me. I could hear ‘Her’ in the background and when Danny spoke to her he sounded happy and upbeat. I asked him if he was happy and he said that yes he was, ‘very happy’. I just sat there on the outside step of our house listening to this man who I did not know, and I felt as if I had not known him at all. How could he be happy when he had caused so much destruction?

Danny asked me what I was going to do about the house because I did not earn enough money to pay the mortgage on it. I said that I was going to keep the house and he laughed and said “How will you keep it? On what you earn you won’t be able to afford to!” I heard ‘Her’  laugh in the background as he said it and Danny started to laugh too.

My heart was well and truly broken; listening to this man who I believed would never let me down laugh at me with her. I realised then that the plan was to get poor, fat Rosie out of the house and  take everything from her because she only worked part time and would not be able to survive.

At that moment in time I hated Danny with all my heart. My eyes filled up with tears, but I would not cry, I would not let them know that I was broken: not this time.  Little did Danny know that his behaviour was like putting a match to a pilot flame: it re-ignited a strength in me that I had not had since my mum had died.

I told Danny that  “I” was keeping the house; I told him that in a few months’ time when he had “fuck all”, and was “up shit creek without a paddle, in a bedsit with nothing but a small T.V” he would remember this conversation and how wrong he was. I hung up.

This time the only thing I could feel burning inside of me was anger, and I needed that to win, because I was fucked if that cunt was going to take everything from me. That was it now: It was a battle and I was going to fucking beat them.

I felt better; the old Rosie  was coming back.

My sister called me, we talked about things that had happened leading up to ‘The War’; and the fact that Danny had brought the house up in the conversation; my sister said that it was clear that ‘She’ wanted my life: Danny, the house I had worked so hard on, and the money from Danny’s job. Louise then said  “She’s run off with the wrong one, because you are the driving force and ‘She’ should have run off with you if ‘She’ wanted what you had.”

What a fool, she’s picked on the wrong one now!!

I was afraid, I was petrified
Thinking I could never live without you by my side
And I spent so many nights
Thinking how you did me wrong
But I grew strong
I learned how to get along …. 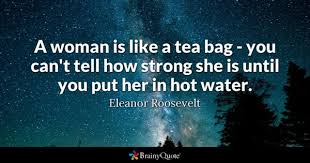