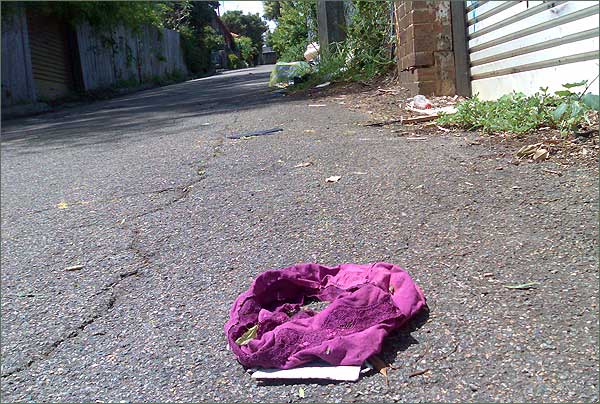 I had bought a stepper just two days before Danny  had left me; mainly because ‘She’ had made me feel so uncomfortable with the way that I looked and  I knew that “She” was playing ‘the game’; I knew in my heart of hearts (although I had ignored it at the time) that she was making a play for my husband, and I didn’t feel as if I could compete.

Once ‘The War’  broke out I started to use the stepper at least once a day – sometimes twice if I needed to clear my head. It gave me control of my emotions, as well as my body; it was a symbol of getting control of my life back. The exercise was like a fix, because I was finding that no matter how much alcohol I drunk I firmly stayed stone cold sober.

I found it difficult to listen to most of the music I had in my collection because every album, every song, reminded me of Danny. Along with my marriage my ability to find solace in the songs I loved had been destroyed. The only ones I could play were ones I had bought the weekend before ‘The War’: Carlos Santana, and Billy Joel. At the time Danny had ridiculed me for liking them, said that he did not like them so they I had no memories of Danny attached to them because I had only played them in my car when I was alone.

Toni left to return to Cornwall with tears in her eyes because she did not want to leave me. I knew that everyone was struggling to see Mois (my Nickname for those who love me) in such a bad way; I was always so strong, and now I was in tatters on the floor.

But I was coming back.

Another friend was going to come to stay the night with me, because I was terrified of being in the house alone. It was as if I could hear the happy times, like echoes coming out of the wall and then bouncing around off the other walls all over the house. I could also hear the echoes of the fated BBQ, see memories of Dany and I everywhere: when he used to sing to me in our snug, or when he sat at the breakfast bar and just lied to my face when she had text our home. I couldn’t bear it. So I cleaned the house to try and fill my mind, whilst I waited for my new ‘baby sitter’ to arrive.

I had Carlos Santana blaring out of my stereo on full volume. Despite it being April the weather was unseasonably hot and sunny so I opened the balcony door so that the entire road could hear. Fuck them all I was not going to be beaten!

I found a pair of Danny’s underpants in the drawer, a pair I had missed in ‘The Purge’  and I threw them off the balcony into the road; there was something rewarding in the thought of cars running over them; I made a decision that I was never going to pick them up, they could lay there forever with me running over them in my car every fucking day!!

I seriously thought about throwing my wedding ring with them, but something stopped me; I had taken it and my engagement ring off and put them in the drawer but something made me want to keep them, perhaps if only to give to Ethan one day.

My neighbour Della came over and said that she had seen Danny  that morning; he had been outside our house looking up at the balcony at the same time I had Carlos Santana blaring out at full volume. I was glad! Glad that it looked as if I did not care. Glad that he was looking at a beautiful house that he once lived in that he was never, ever going to get back!

‘Her’ partner came over to tell me  that ‘She’ and Danny were in the town,  and that he just thought that I should know. In parting he also told me  that I should know that they were staying with Danny’s Mum and that Danny’s sister had brought them to town so that ‘She’ could visit ‘Her’ little boy. It appears that Danny’s sister had lent her some clothes because ‘She’ had none of her own.

The fact that Danny’s sister was lending her clothes just hurt even more. I just didn’t understand, but was starting to get the picture that I wasn’t really part of the family, as I had thought I was.

My whole life had turned upside down and I just couldn’t fathom why.