Forgiveness and the betrayed 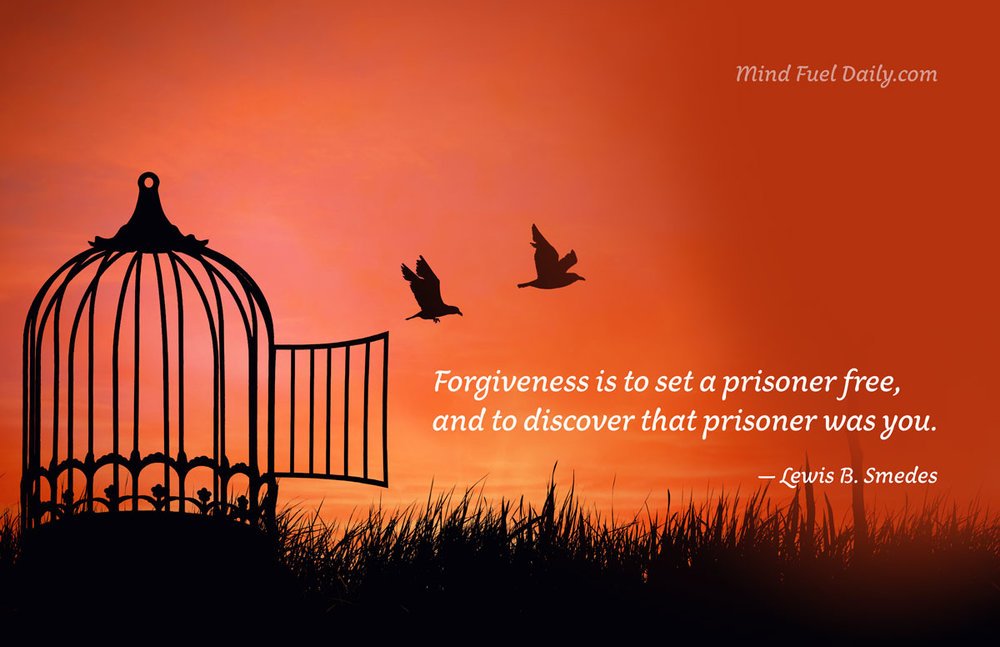 I have been spurred on to write this post because there has been a lot of discussion on social media from people asking ‘when do you know you’ve forgiven ‘them’? When does forgiveness come? In fact I have been asked this often. As I said on some of the sites that really is a million dollar question. In fact I would go so far as to say if you can provide the answer then that answer would be priceless!

I wrote a journal entry ten months after Danny and I got back together in which I talk about a bereavement training course I had attended and what I had learnt from it. In the entry I say that I forgive Danny, but in the reflections I ask what forgiveness is, and I discuss how it is tied in with so many things.

In the journal entry of the aformentioned I say that ‘ I want to move on with my life and I cannot if I am consumed by bitterness.’ I was right, although at that time I believed that forgiveness was something that came into your life, all singing, all dancing, announcing itself: ‘Hey girl, you have now forgiven him.’ When in fact I now believe that forgiveness is not about the person who hurt you, forgiveness is about a state of mind that will enable you to move forward in your life. That is why we all look for it. That is why people ask me ‘when?’ When did I forgive Danny? They want to be able to move on, and they believe that being able to say they forgive will give them that peace of mind.

Others on the hand say that they will never forgive, some say they cannot, some say they will not. Some people believe that to forgive means you have given them absolution, as if to say what they did was alright. In fact if you look up any definition of forgiveness absolution will be in the frame. Now given that absolution has one definition of: forgiven, formal release from guilt, obligation or punishment then I understand why some people who have been betrayed find that hard to do.

I believe that forgiveness is not the same for everyone. In fact before I wrote this post I wondered about what exactly do I forgive Danny for? Is it that he left me for three weeks? Is it that he set up home with someone else? Is it that he lied to me, gaslighted me, told me he didn’t love me. I could go on. And it really got me thinking what is forgiveness for me? So If I go back to absolution (remember I am now looking from a perspective of over 12 years) and break it down here is what I would consider:

Formal release from guilt: I often wrote in my journal, even in the early days, that I did not want Danny to feel pain like he felt. I loved him and at the time I wrote that I could not see what it was going to achieve.  So I told Danny I forgave him within weeks of his coming home. Then I continued to berate him, torment him, hate him and unleash my fury at him. I hadn’t forgiven him, the pain was too raw and I believed that I was where I was all because of him. But over time as we worked together I became worried for him, I no longer wanted him to feel that pain. I wanted him to be able to leave it behind. It wasn’t going to make any difference to where I was, in fact it was doing more damage than good.

Even today I say that Danny cries sometimes for what he did. He cannot forgive himself. But I can absolve him for what he did to me, I don’t need to punish him, I am my own person and punishing someone you love is, for me, not a good ingredient for a relationship.

Danny has no obligation to me because he fulfilled the obligation he had to help me and make things better years ago. I do not expect him to be  beholden to me any more.

Does that mean that I think that what Danny did all those years ago is  now okay? No, of course not! But the clue is in the fact that it was all those years ago, and you can get to a place where it is filed away, not constantly ruminated on and re-run every now and again like an old movie. What is the point of that?

It took me a long time to get to where I am, a lot or reading, and lot of reflecting and before anyone says to me ‘Why should you have to do it when it was not your fault?’ No it wasn’t but it was my life and it still is. It was up to me what I did with it.

As I have said in my post I did not want to lose my soul. I did not want to be so consumed by bitterness that it chewed me up and spat me out and ruined my life. I didn’t want to feel anger all the time, at the beginning I didn’t want ‘her’ to have the satisfaction of ruining my life. I was desperate to forgive because even in my madness I knew it was the only way that I could move forward, in MY life. So I tried to make it happen. But of course it was never just going to happen on demand, no matter how times I said it! For me it was process: Danny had to be contrite, Danny had to change his actions and his reactions, Danny had to show me over and over again that he was trying to make it better. But I had to listen, I had to stop berating and questioning and driving myself insane. I also had to find myself, understand myself so  that then I could move forward and forgive Danny and allow myself to live the life I wanted.

I was struggling with my inability to ‘move on’. Over time. as you will see, I realised that by trying to make it move forward faster I was just adding to my madness; I had to learn to accept where I was.

It was true that crying together helped because we were both appreciating that both of our hearts were broken: so we were then both coming from the same place as we tried to glue themback together. It was the simplist thing that we had in common.

When I put this subject out on social medial people said that they wanted to forgive, for me that is a start, but I would ask why they want to forgive. If it is to move forward, if it i because they don’t want their life to be continously affected by what happened then great. But if it is because they want it all to be over, and they want to go back to what they had before then that is a dangerous place, because you cannot go back you can only go forward.  Someone said to me that they would never forgive because then it meant thta they were saying that what happened was okay. I don’t agree. What happened happened as I say ‘it is what it is, it ain’t what it ain’t’, holding onto that will only damage the person who doesn’t want to let it go.

in an article about forgiveness in psychology today they discuss whether our refusal to forgive is because we want to prove the person who has hurt us has done wrong, which then gives validity to our pain. For me I was sick of that pain as the years went by, I didn’t need to give it validity it was what it was. I just needed to let it go for my sanity and my life.

I believe as they say in the psychology article that forgiveness is for you: the person who forgives. Perhaps that is why they say forgiveness comes from within. It is about stoppping the narrative of what happened. Not forgetting it, it happened you learn from it, you park it like an old peice of furniture and then you don’t dwell on it any more. It is there as something that taught you one of the hardest lessons, but it can also be something that makes you so strong, enables you to find yourself and truly live in the moment, confident in yourself.

What happened to me did just that, I found myself I gained my identitiy back, I realised that people are people and they make mistakes, and I realised that I could be free. As the time moved on I realised I  could take Danny  with me, and I knew that I had forgiven him because I no-longer allowed it to consume my life, and I no-longer wanted or needed him to feel pain. it is strange that I have chosen the word freem  because as they say in the article, forgiveness is really about freedom.

Do you want to be free? Just ask yourself that every now and again and over time I am sure you will be. Give it time.

If you think our story would help you & would like to read our story covering our first 5 years of recovery, you can buy the book…

I would love to hear your feedback ❤️