Would I have ever left?

The answer to that is ‘Yes.’

Yes I would have left.

If Danny had behaved differently to the way he behaved when he came back; quite simple if he wasn’t contrite, then I would have left. I cannot say it any more simply than that. In the same way as I can say that if any similar situation were to arise again (which I am confident it won’t) then I would not stay. I could not stay.

Both this post and my last post were brought about because of another blog I read. I am not judging others for their decisions I am just talking about me.

It has always played on my mind with this blog that people may think I am a total advocate for recovery. I am not.

I shared our story to help those who wanted to try and recover; to help them understand that what they feel is what we all feel in some way or another, to give them strength, and more than anything to give them hope. Yes we survived,  yes you can survive and recover and be stronger and yes I am even happier; I say I because Danny will always be heartbroken because of what he did.

There are times when you can leave and form a new life, and reflect back in time and know that in fact life was sending you the way you needed to go, it was just too painful to see it at the time.

There are times when I interact with others that I want to scream at them to leave. But I have learned, as it was so eloquently put by Jack’s broken heart , nobody knows every little nuance of what goes on in someone’s life, and I believe that none of us can tell a person what to do based on our own principles and emotions.

This post has always been at the back of my mind. But I hesitated to write it because I knew that, for some, they will find it painful to read.

I am not aiming this at any person who has decided to stay. I never think people who stay are weak, because I know how much strength and courage that takes. But… when I read of someone who is constantly being knocked back by the very person who broke their heart, who is putting up with behaviors over and over, or who is afraid to leave, or see what they know is there, then surely I need to have the courage to share the reasons that  I would have left.

I am not offering ‘a cure’, where infidelity is concerned, although I am unsure what that actually means, as, surely, we are all just learning to deal with lessons life deals us.

If you’re reading this then I need to explain, because I think it is important to understand what I am going to write, that I left my first marriage. It was an unhappy marriage, I won’t elaborate further than that. At the time I did not know how I would pay my bills,  Ethan was only five.

Because I wanted out I was left with all the debts, no maintenance and struggling to survive every day. But I did survive. And I came home every night knowing what I was coming home to, no more drama, just me and Ethan. I cannot begin to tell people the relief I felt, despite all my other worries.

When Danny left I was alone for three weeks. If you read some of my older posts  you will know I worked part-time, we had debt, I didn’t know my arse from head. But because of what I had been through before I did know that I would survive, and I did know that I was never going to let anyone take my dignity away from me. And that was the crux: I was never going to let that happen, and I never did.

So these are the things that would have made me leave:

When Danny first returned he was, at times, an arrogant arsehole. Let me leave you with no doubt that if that had continued I would not have stayed.

Within days of Danny coming home I told him he was an arsehole and that if he wanted to stay with me he had to ‘step up to the plate.’ He had left me with nothing, I had nothing to lose other than my dignity by allowing him to continue to behave in the way he was.

When Danny told me that he thought it was an ego boost that two women had  fought over him I was ready to go. If he had carried on in that vein then I would have left. It was my sister who persuaded me to go and buy my journal and write my feelings down in that. It was only years later that she admitted she did not think I would stay. But she wanted me to have the breathing space to gain the strength I needed to ‘leave on my own terms.’ You need to read the previous post to understand what kept me there.

If Danny had not ‘stepped up to the plate’, lost his arrogance, took responsibility for what he had done, then I would not have stayed.

If he had refused to talk about it, then I would have left before I drove myself insane.

If I had found that he had made contact with ‘her’ and not told me I would not have stayed. He told me every time she rang his depot at work, when his manager told him that he had to tell her to stop ringing there, Danny asked me to be there when he did it. He knew that she could say anything, and at two months in he was fighting for survival.

There were times when Danny became defensive, and in the early days I retaliated with the same attitude. Even now I would say that at that point he got what he deserved when arrogance raised it’s head. He had no right to be arrogant, he had been a twat. I had nothing to lose, I had already lost it.

If he had ever said that I needed to just ‘let it go’ then I would have let him go.

If he had become stubborn about things (as he was want to do before ‘The War) then he got told to fuck off. I was not going to put up with bad behaviors any more and he was under no doubt that if he didn’t stop them I would leave.

If he told me that he did not know if he would cheat again then I would have left.

But more than anything if he had acted as if something had never happened, as if everything was just ‘back to normal’ and not accepted the responsibility for what he had done, then I would have left.

You see I was not prepared to lose my dignity. Not my pride, my dignity.  I had principles I wanted to live my life by and one of those was not allowing another person to treat me badly.

I needed to like myself and it nearly killed me to stay (trust me it really did) so I knew and know now that for me I could not do it again. I want to be happy and in those situations I would not be happy. because I would not have liked myself.  As I always say ‘If you don’t have yourself you have nothing.’

Looking back I did stay at the beginning (sub-consciously) to give myself the breathing space; my sister was right,  I needed to leave on my own terms. I stayed with a man who at that time said he didn’t hate the other woman for the games she had played. A man who said he felt sorry for her and for what he had put her through. At the time I thought and said ‘put her through! But don’t give a fuck about me!’

But as I wrote in my previous post the thing that kept me here was that Danny was contrite. He wanted to change, and as I took the time to gain the strength to leave he took the time to change and keep me there.

There are no rights and wrongs, every person has to live their own life. But at times I read people’s story and it breaks my heart, just as the blog I mentioned has broken my heart when I read about the immense courage shown. But now that courage is helping her to possibly leave on her own terms, and this time I said ‘Thank God.’

For me, personally, although the demise of a family is full of sadness, it is not as sad as someone wasting their life on someone who, quite simply, doesn’t deserve their love.

Food for thought, I feel I have to offer the balance. 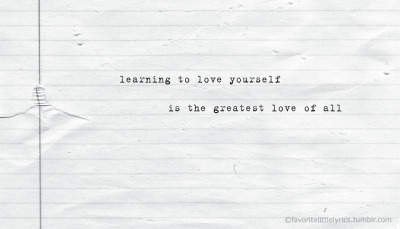