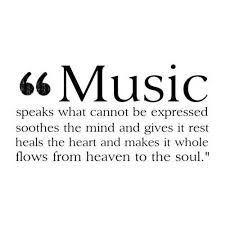 Driving in the car was one of the hardest things for me; I remember dreading going to my car at night after work, because, as I had said to my sister, “The Demon is waiting for me every time.”

I Imagined it –  sat in the passenger seat, a little green ugly bastard, who was ready to say hello, and then torment me all the way home.

It was when I was alone that The Demon was at it’s strongest; and the car was a  little world where no-one else could intrude, so that was his main domain. The Demon would ask me questions, ‘Why are you having him back? Do you remember when he walked you back from their house and told you were being stupid? And you believed him, even though You knew You were SO fucking stupid!!!

As I pulled up outside my house it would tell me how people thought I was stupid for having Danny back, for believing him in the past, for feeling sad for him now; reminding me of how ‘she’ and Danny had treated me as if I was a fat silly bitch, and, again, how  I had let them.

I often felt as if it was literally poking me in the head and asking me if I was listening. It knew to tap into my deadly sin, pride, and I could often feel my blood literally start to boil and hear the beating of my heart because it was so loud and I was so, so angry.

By now  I was buying CD’s like they were going out of fashion, and the songs I chose to play would all relate to what I was going through at that time; and although  I would cry to so many it was my main way of stopping The Demon from getting into my head, it was by all accounts my saviour for a very long time.

There was, and still is, one particular song by the Sugar Babes – Stronger – that I played all the time; it is a song that will always mean something to me, no matter where I am in my life; and it can still bring tears to my eyes because I will always be ‘the one who stands here longer than the rest.’

The song resonated with me because I knew one thing for certain, I was strong; and all of the other players in this comedy of errors had made one big mistake: They had underestimated me! That song was the angel in my head reminding me of what I had gained because of what had happened: I had lost myself along the way and now I had got myself back.

‘I’ll make it through the rainy days

When my landscape changes, rearranges
I’ll be stronger than I’ve ever been
No more stillness, more sunlight,
Everything’s gonna be alright’

I also knew that although I was with Danny I was all alone, that was a fact! We had to build something new and what we had at that moment was simply based on what we used to have, which I knew had to change because it was never going to be enough.

I was alone until I could believe and trust Danny again, and I couldn’t do that until  I was stronger.

Of course I know, now, that what we were going to have was going to be new, but it was going to be based on what we had learnt from this life changing, mind blowing, excruciatingly heart breaking and painful experience. To do that, as I always say, Danny had to face his fears (that I might leave), he had to step up to the plate and be brave, be sorry, and show it.

In an earlier journal entry  I had written how Danny had sent me a text and called me his ‘beautiful wife’. This was important because he was so afraid to approach me in many ways, even to call me a nickname he had used  before ‘The War’.

Danny had always called me his ‘Beautiful Wife’, in all the time we had been together, and he had me saved in his phone under ‘Beautiful Wifey.’ But when they had been together ‘She’ had found my details in his phone and insisted that he save ‘her’  under a special name in his phone book. When  I found it, (it was Gorgeous Girlfriend) I went fucking ballistic. I told Danny that I just wanted him to save me as Rose in his phone and nothing else (he was still not allowed To call me Rosie . So Danny having a name for me was now also ruined, like so many other things in my life.

For Rich to call me Beautiful Wife in a text was, in a small way, Rich facing one of his fears: He knew that I could have easily told him to fuck off! That it could trigger so much and that he could come home to me waiting for him with my bags packed. But to Rich I was his Beautiful Wife, and he wanted back some of what he had before, so he faced his fears and used the name he had been forbidden to use.

I also know that Rosie who wrote this journal did not know any of what I know now, but she still hung on to Hope. It is essential, if you don’t have hope then you have nothing and why are you there?

‘Sometimes I feel so down and out
Like emotion that’s been captured in a maze
I had my ups and down
Trials and tribulations
I overcome it day by day
Feeling good and almost powerful
A new me, that’s what I’m looking for’

This song always meant so much (still does) because over time  I could see that I was a different and stronger person when I was not with Danny; I was ‘my own person’ which I would learn was fundamental to our survival  because I could never feel vulnerable again. I still don’t!

I didn’t know what I had to do

I Just knew I was alone

But they didn’t care

So I searched into my soul

See I’m gonna do this for me

Get a song….. Not an angry one, one that moves you forward and listen to it when your head is telling you stories.